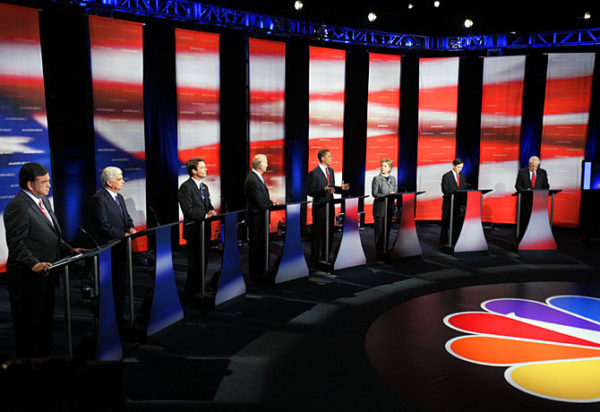 Democratic National Committee Chair Rep. Debbie Wasserman Schultz announced details for the DNC’s six presidential primary debates. This debate schedule reflects the Democratic Party’s diversity and values and will best position Democrats to win the White House next November.
“We are thrilled to announce the schedule and locations for our Democratic primary debates,” said DNC Chair Rep. Debbie Wasserman Schultz. “These six debates will not only give caucus goers and primary voters ample opportunity to hear from our candidates about their vision for our country’s future, they will highlight the clear contrast between the values of the Democratic Party which is focused on strengthening the middle class versus Republicans who want to pursue out of touch and out of date policies.”
– October 13 – CNN – Nevada
– November 14 – CBS/KCCI/Des Moines Register – Des Moines, IA
– December 19 – ABC/WMUR – Manchester, NH
– January 17 – NBC/Congressional Black Caucus Institute – Charleston, SC
– February or March – Univision/Washington Post – Miami, FL
– February or March – PBS – Wisconsin
Each Democratic State Party will serve as a debate co-host in their own state.
Additional details about debate dates, locations and partnerships will be announced soon.