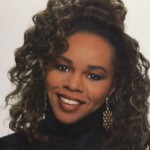 Over the weekend, I watched R&B Singer Deniece Williams’ UNSUNG episode. As many of you know, I am a huge fan of the show and can certainly appreciate the efforts of TV One to air the bios of urban radio legends not likely to be seen elsewhere. Deniece, it has always appeared to me, has shied away from the spotlight. Her phenomenal singing seemed to complete the entire backdrop of her persona.During this episode, a few things came to light that allowed me to see that my previous thoughts about Williams were almost totally opposite of who she really was.   She readily admits that she was “difficult” to work with and that she put Columbia records through it during her heyday. She wanted to do things HER way at the expense of the label and sometimes others and the label’s reasonable requests, like having her sing her smash hit “Let’s Hear it for the Boy” at the Grammys was met with opposition when she sang a gospel song instead (God is Amazing). The legendary Stevie Wonder appears in the show admitting that Deniece had a smart mouth and that she could be difficult but everyone knew she had an amazing voice and that she was going places. Another member of Wonderlove, Susaye Greene (Later the last official member of the Supremes), co-wrote one of Deniece’s most memorable hits “Free.”Williams was forced early on to chose between a family and a career. When she joined Steve Wonder’s Wonderlove, through a recommendation of her cousin, she was already married with two young sons at home. She attempted to chose her family after singing with Wonderlove for a while she left Los Angeles and returned to Gary, Indiana as a telephone repair operator. A job (and a city) that would have made ANYBODY miserable after touring with Stevie Wonder. She opted for the divorce, moved her two young sons out to Cali and the rest is history. There are a few other surprises that I will leave for you to see on the show which airs (according to schedule) June 6 on TV One, Check your local times for listings. BTW congrats to Radio Facts readers and industry legends Lee Bailey and Dyana Williams for their segments on the show.Kev Ross/EditorRadio Facts

Denise is one of my favorite artists. I’m kinda let down to know she was a real bitch. She “looks” soooo sweet. Anyhoo, I do appreciate her artisty. I can’t wait to hear if Thom Bell has a part!

Thank you for the preview. Niecy is my favorite and I am excited to learn something new. Unsung is a great show that never dissapoints.

I’m kinda let down to read tha “tracy” (the previous post) is real stupid. Thanks again for the preview!