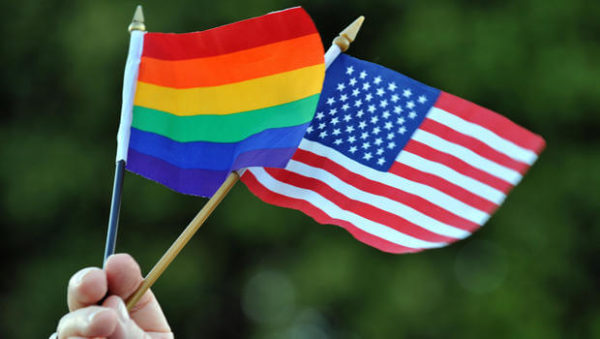 It’s a new day in America and I’m sure some conservatives just had a heart attack. (lol) The Supreme Court has declared that same-sex couples have a right to marry anywhere in the United States.  Gay and lesbian couples already can marry in 36 states as well as the District of Columbia but there were still 14 states out there that prohibited gay couples from marrying.
Just as Chris Rock said in his “Never Scared” stand up show, “People always say that we can’t have gay marriage because marriage is a sacred institution, that happens in the church. It’s sacred… no it’s not! Marriage ain’t sacred! Not in America! Not in the country that watches “Who Wants to Marry a Millionaire?” or “The Bachelor” or “The Bachelorette” or “Who Wants to Marry a Midget?” Get the f*ck outta here! Gay people have a right to be miserable as everybody else! Michael Jackson got married, how f*uckin’ sacred is that sh*t?”
Even though Chris was joking, you can always find wisdom in his humor. The Supreme court’s ruling on Friday means the remaining 14 states throughout the South and the Midwest, will have to stop enforcing their bans on same-sex marriage.