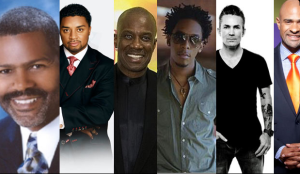 “‘Preachers of L.A.” documents these larger than life characters who are rock stars in their communities, with a fresh, unique perspective that will resonate with our young audience,” said Rod Aissa, Senior Vice President of Original Programming and Development, oxygen media. “By teaming up with Lemuel and Holly who are some of the best creative minds in the business and heavily respected within this community, we can deliver this authentic series with integrity, while also staying right on brand with Oxygen.”

“We are delighted to work with Oxygen to develop this groundbreaking series on the extraordinary lives of some of the most prominent pastors in America,” said Lemuel Plummer. “I come to this project with a respect and understanding of their world, having grown up as the son of a pastor and religious broadcasters. We intend to portray the human side of these pastors and the real world in which they live and work.”

“This show documents a journey of transparency from one man to the next as they endeavor to lead others to their own truth and self-discovery,” adds Holly Carter who holds a doctorate of divinity with an emphasis on marketplace ministry and is the daughter of a pastor and an industry veteran in faith and inspirational development and programming. “It's a dose of reality and a pound of redemption coming from a creative team reared in the church.”

(Click “Next” above or below to see the cast)

A Jamaican born into poverty, Bishop Noel Jones has made his way to the other extreme, now living on a hilltop with a view of the Pacific Ocean, Malibu at his feet, and across the street from the former home of the late L.A. Lakers owner, Jerry Buss. The pastor of a church full of celebrities, and the brother of Grace Jones, Bishop Jones is headed towards retirement and looking for a successor who he can entrust his life's work. But finding the right man is harder than it sounds. (see other Preacher by clicking “Next” above or below)

The son of a bishop and an evangelist, Deitrick was preaching at the age of eleven and conducting the church choir at thirteen. At twenty-three he married the woman he was expected to marry ““ the lead soprano of the church choir. However, everything didn't continue as perfectly as the church had hoped. Deitrick and his wife got a divorce and the members of the church shunned him. Aside from the call on his life, the one thing that helped him from hitting rock bottom was his music. A dynamic personality, singer, songwriter, and preacher, Deitrick finds himself at an impasse in life. Which road will he choose.

Bishop Clarence McClendon appears throughout the world on his weekly international broadcast, which is available in 250 million homes worldwide. This charismatic and ubiquitous bishop has been noted for his contemporary and relevant approach to the Gospel. He believes the Gospel is not only for the down and out but for the up and out. His ministry spans from skid row to the estates of Bel Air. When challenged about what many have called his prosperity Gospel, Bishop replies, “there is no other kind of Gospel.”

At the age of twenty he got the call from God and has grown to become a prominent pastor of the church his grandfather built. Fast-forward 10 years later, Antioch is the leading church in its community. With an ability to communicate complex truths in a simple way, Pastor Chaney has helped remarkably grow the church, along with the help of his secret weapon, his wife, gospel artist Myeshia Chaney. While Antioch is poised to become the next mega-church with the ability to reach millions worldwide, there's an obstacle in the way and it comes from within Pastor Wayne's own family.   Preachers of LA

Born and raised in South Central L.A. and Compton, to many, Bishop Ron M. Gibson seemed to be the least likely to end up a preacher. Although he was raised by a Christian mother in the Church, Ron succumbed to the pressure of the streets and became a Compton Crip by the age of sixteen. This led to a life of crime and drug addiction, until Christ changed his life. He started Life Church Of God In Christ with nine members, which has now grown to a congregation of approximately 4,000 members. Through it all he's accumulated great wealth, power and purpose, but the one thing that he and his wife have not experienced is the joy of having children. However, he finds fulfillment by passionately leading people into the same deliverance that he experienced through the Gospel ““ whether they were in gangs, drug addiction, or simply living empty lives.   Preachers of LA 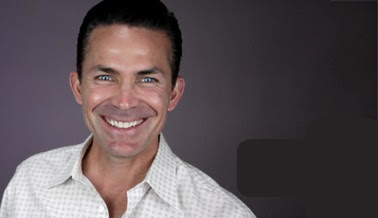 One of the pioneering greats of competitive skateboarding, Pastor Jay Haizlip, originally from Gadsden, Alabama, collected big trophies, bigger paychecks and high-end sponsors, but fell deep into drugs, and into the crack houses of Huntington Beach and Long Beach, California. Back in the crack houses again, this time he's not there for drugs ““ he's helping rescue souls for the Kingdom. Serving as Senior Pastor of The Sanctuary of Huntington Beach, Pastor Jay Haizlip reaches out to troubled youth, finding them in prisons, skate parks and the same crack houses he once shot dope in.

“Preachers of L.A.” is produced by L. Plummer Media in association with RelevÃ© Entertainment, with Lemuel Plummer, Holly Carter and Chris Costine serving as Executive Producers.

The son of parents who owned and operated three television stations, Lemuel Plummer, 26, grew up surrounded by television and film production, and gained his first hands-on production experience producing, directing and editing nationally syndicated programs. By the time he was 23, he had a first look deal with bet Networks, producing for several series, including but not limited to “The Mo'nique Show” and “The Family Crews,” and creating/executive producing the docu- series “Vindicated,” which premiered in December 2012. Lemuel has also produced for WeTV's hit show, “Mary Mary,” and produced BET‘s “The Sheards,” which premiered in April 2013.

Holly Carter is the CEO and founder of RelevÃ© Entertainment, one of the premier management and production companies for family and faith inspired content. A fifteen-year industry veteran, her career began in television casting (“The Fresh Prince of Bel Air,” “Roc,” and “Martin”). Inspired by a passion for artist development, she transitioned into talent representation. Upon landing her first superstar client, Usher, her company expanded into management, music and branding.

As a producer of television and film, her television credits include “The Sheards” (BET Networks) and “L.A. Hair” (second season WE tv). She also created and executive produced BET‘s “106 & Gospel” and packaged the hit Nickelodeon series “Romeo!” with Tommy Lynch. On the film side, Carter packaged and produced in partnership with Rainforest Films, the groundbreaking faith-based feature film The Gospel (Sony ScreenGems) starring Idris Elba and Boris Kodjoe, In the Mix (Lionsgate) starring Usher Raymond, Mama I Want to Sing, starring Lynn Whitfield, Hill Harper and R&B hit maker, Ciara, and A Beautiful Soul, starring Deitrick Haddon and Harry Lennix. During her tenure, she has also helped to develop the careers of award winning gospel artists Kirk Franklin, Donnie McClurkin, Cece Winans, Mary Mary, Kierra Sheard, and Deitrick Haddon, among others.

Carter is also the founder of The Merge Summit, an empowerment and educational conference that merges the worlds of faith and entertainment. The event features in workshop settings a diverse array of entertainment industry executives, leading entertainers, as well as leaders from the corporate and faith communities.

A Los Angeles native, wife and mother of two, Carter is a graduate of the MBA program at the USC Marshall School of Business and holds a Doctorate of Ministry from the Southern California School of Ministry.

Created in 2011, L. Plummer Media is based in Los Angeles and is a full service production company, guided by a mission to generate programming that reflects the diversity, breadth, and richness of American culture and experience. In adhering to this philosophy, L. Plummer Media has produced or is producing shows for BET and Oxygen. Among these shows are the series, “Vindicated,” “Preachers of L.A.” and “The Sheards.” In addition, L. Plummer Media is busily developing a full slate of shows it hopes will not only entertain a wide broadcast audience, but uplift it as well.