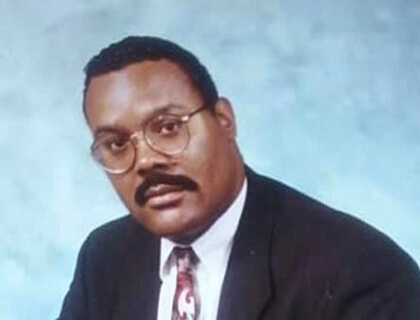 Former radio PD, GM & owner Cliff Fletcher passed away Thursday, March 7th from complications stemming from a massive stroke back in 2004.During the late 70’s and early 80’s Mr. Fletcher worked for Arbitron & in 1984, he purchased Charleston, SC’s heritage urban radio station; Z93 JAMZ/WWWZ-FM and sold it in 1997.  Soon after the sale of WWWZ, he acquired WMGL-FM  right before Tom Joyner launched into syndication & that’s when WMGL became one of Joyner’s first affiliates.After Cliff sold the properties he managed them for Mayo Media (Barry Mayo) and the Wicks Group. This was prior to the stations being sold to Citadel Broadcasting & later to Cumulus.In 1999 when Cliff’s contract was up, he sat out his non-compete and then launched an FM Gospel station; 106.3-WJNI  (WJNI-With Jesus Nothings Impossible) and then he launched Hot 98.9 WWBZ (rhythmic.)  This is where Fletcher served as COO of Jabar Communications as he oversaw those stations along with a Regional Mexican AM and two LP TV stations until October of 2004 when he fell ill.George Cook, Gentlemen George, Mark Clark, Tony Hart, Michael Lyn, Kelly Mac, Joe Lewis (Flu Season), Janet G, Alyse Stewart, Patrice Smith & De Ja Dee are just a few well known On Air Talents & PDs whom have worked under Fletcher’s direction.Cliff Flecther’s Home Going Service is Saturday, March 16th at 11am & will take place at:Seacoast Church Chapel750 Long Point Rd.Mount Pleasant, SCDonations for the services can be made via his wife’s Cash App : $MastercuttHis wife’s contact info is:Robin Flecther8631 Delhi Rd.N. Charleston, SC 29406‭(843) 926-5907‬[email protected]