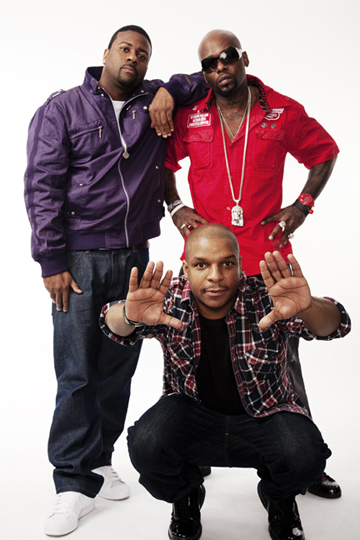 Naughty By Nature Celebrates 20th Anniversary of “Hip-Hop Hooray”  with Performance Tonight at Sundance, New Remix by DJ Scene  and 2013 International Tour including set at Roots Picnic.It’s hard to imagine that it’s been 20 years since the release of Hip-Hop’s finest anthem, “Hip-Hop Hooray” – a song that has reached generations of music fans who continue to toss their hands in the air and wave them back and forth. In celebration, Grammy award winning trio Naughty by Nature are dropping the first in a series of new remixes of the track and taking the party to the road. They kick things off today, January 23rd, with the release of a remix by DJ Scene (stream) and a show at the annual Sundance Film Festival in Park City, UT.The official 20 Years of “Hip-Hop Hooray” Tour launches at New York City’s Gramercy Theater on February 24th, presented by Hot 97. The previous day is the actual 20-year anniversary of the release of 19 Naughty III, the album that featured the hit single. Naughty By Nature will be making a special appearance at the 6th Annual Roots Picnic in Philadelphia on June 1st where they will be backed by none other than The Roots. Additional dates have already been locked in (see below) with more to be added in the coming weeks.Treach, Vin Rock and DJ Kay Gee reunited in 2011 for their 20th anniversary album, Anthem Inc. (iTunes / Amazon) and performed a medley on the Late Show with David Letterman (video). The release includes re-recordings of select Naughty classics such as “Feel Me Flow,” “O.P.P.” and “Hip-Hop Hooray.” The brand new material also fits in with past hits. The single “Perfect Party” featuring R&artist Joe (video) harkens back to the party music the group jumpstarted in the 90s. Ice-T makes an appearance in the Life version of the video for the song “Flags” (videos: Life / Death versions). The street joint “I Gotta Lotta” (video) features Treach’s signature flow over the classic boom bap style with the late Sonny Black on the hook. Longtime friend and mentor Queen Latifah makes a featured appearance on the track “God Is Us.”Catch Naughty By Nature in the following cities with more shows to be announced.January23 – Park City, UT – The Star Bar / Sundance Film Festival31 – Denver, CO – EXDO Event Center20 Years of “Hip-Hop Hooray” TourFebruary24 – New York, NY – Gramercy TheaterMarch1 – Washington, DC – Howard Theatre2 – Norfolk, VA- Attucks Theatre3 – Winston-Salem, NC – Ziggy’s12 – Panama City, FL – Club La Vela13 – Miami, FL- Liv16 – Kuala Lumpur, Malaysia – Venue TBA28 – Montreal, QC – RoxburyApril4 – Kalamazoo, MI – Shakespeare’s5 – Chicago, IL – H.O.M.E.26 – Hobbs, NM – Lea County Events CenterMay18 – Durham, NC – Durham PlazaJune1 – Philadelphia, PA – Roots Picnic – Live with the Roots