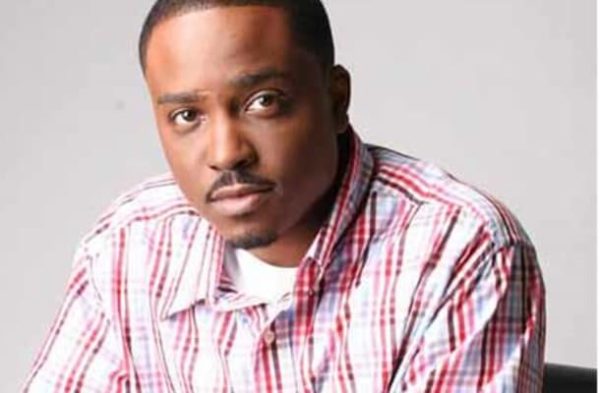 If you didn’t hear, Lil Boosie has been released from prison. The 31-year-old rapper was released from a Louisiana State Penitentiary where he’s been locked up since 2009 on drug charges. Once the news hit the internet, there were several people that took to several social media sites to welcome Lil Boosie home with all sorts of messages.I guess all the celebratory congratulations for the released rapper made actor/singer Jason Weaver feel some type of way because he took to his Instagram to let everyone know how he felt so many people celebrating Boosie’s release. Jason, who often posts uplifting messages, picture of cultural icons, and prominent historical figures  to his Instagram apparently wants others to follow his lead. By no means did want to offend Lil Boosie, which is evident in his rant, but he is making some very valid points.  Peep the rant on the next page.(CLICK NEXT FOR JASON’S RANT) 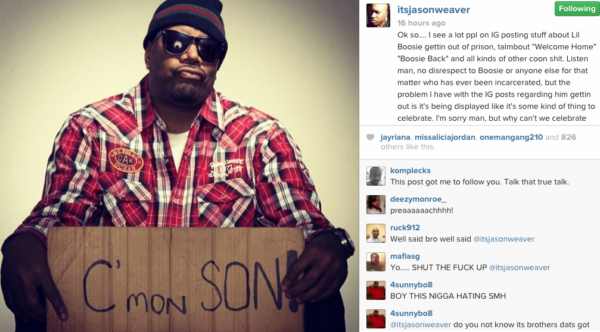 Ok so…. I see a lot ppl on IG posting stuff about Lil Boosie gettin out of prison, talmbout “Welcome Home” “Boosie Back” and all kinds of other coon shit. Listen man, no disrespect to Boosie or anyone else for that matter who has ever been incarcerated, but the problem I have with the IG posts regarding him gettin out is it’s being displayed like it’s some kind of thing to celebrate. I’m sorry man, but why can’t we celebrate young black men who have stayed OUT of prison? I’m not judging Boosie or any other individual who may have faced similar circumstances. It would sure be cool though if we posted more pics of our young brothas receiving high school diplomas, college degrees, and cool shit like that instead of a playa gettin out of prison mane. I’m about celebrating milestones in young black men’s lives that we can REALLY be proud of! Like for real… C’mon son!! Sorry for the rant, but I just had to say it.#KanyeShrug(CLICK NEXT TO SEE OTHER PICS JASON HAS POSTED)