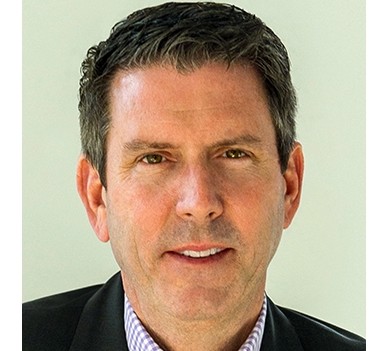 Dennis Reese has been promoted to Head of Promotion for the Capitol Music Group, it was announced today by the company’s Executive Vice President, Greg Thompson, to whom Reese reports. In his new position, Reese will oversee all Promotion efforts for Capitol and Virgin, as well as providing support for the promotion efforts of Blue Note, Harvest and Astralwerks. Reese has relocated to the west coast from New York, and will now be located in Hollywood at the iconic Capitol Tower.According to Greg Thompson, “Dennis is a passionate music executive who possesses an unmatched knowledge of the ever-changing landscape of Radio, and his relationships and respect in that world are second to none. Just as important, he is totally dedicated to working with our artists and helping to bring their music to mass audiences through the airways. He is a strong leader that enjoys the respect of our artists, as well as their managers, his staff and co-workers. On top of it all, Dennis is a trusted and loyal friend. He is an invaluable member of our team, and I congratulate him on this well-deserved promotion.”Reese commented, “Success starts at the top. With Lucian Grange’s commitment and Steve Barnett’s vision, the Capitol Music Group is on its way to being the best in the business, and I can’t thank them enough for this opportunity to play a part in the rejuvenation of one of the most historic music labels ever. Greg Thompson and I have been together long enough to finish each other’s sentences. His friendship means the world to me, and I couldn’t think of doing this with or for anyone else. I’m also incredibly proud of our promo staff, who have proven that even in the most challenging circumstances they could break new and developing artists and help take established artists to the next level. I have no doubt that the coming years will be great ones.”Reese has been with Capitol Records since 2004, most recently as Senior Vice President of Promotion. Among the many highlights during his tenure, Reese has overseen the achievement of nine #1 songs for Katy Perry, been instrumental in the success of hits from Coldplay, helped break David Guetta in the U.S., and helped Lady Antebellum successfully crossover from Country radio to the Pop formats.Prior to joining Capitol, Reese was Senior Vice President of Promotion for Elektra, working a diverse array of records from artists that included Metallica, Jason Mraz, Missy Elliott and AC/DC. Previously, he was with Columbia Records from 1993 to 2000, rising to Senior Vice President of Promotion, as well as working with Columbia’s subsidiary labels, Work Group and C2. While at Columbia, Reese played a major role in hit records from Billy Joel, Mariah Carey, Ricky Martin, Fiona Apple, Bruce Springsteen and Jeff Buckley. He began his career as a radio station programmer, working in Miami, Orlando and Charlotte.

Radio FactsMay 15, 2020July 16, 2022
May 15, 2020July 16, 2022
FacebookTwitterInstagramYoutube
We use cookies on our website to give you the most relevant experience by remembering your preferences and repeat visits. By clicking “Accept”, you consent to the use of ALL the cookies.
Do not sell my personal information.
Cookie SettingsAccept
Manage consent