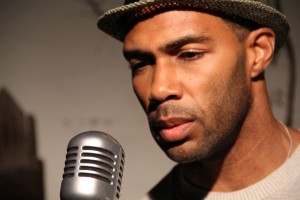 Codeblack Films, a Lionsgate company, has acquired the U.S. rights to the romantic drama “Things Never Said,” it was announced today by Codeblack Films CEO Jeff Clanagan. The acquisition continues Codeblack’s mission of providing a platform where diverse and positive imagery of the Black experience can be shared.”Things Never Said” is based on an original screenplay by Charles Murray, making his feature film debut after 10 years working on award-winning television series such as Criminal Minds, Castle, Third Watch and Sons of Anarchy.”Things Never Said” tells the story of an aspiring poet, Kal, played by Shanola Hton (Shameless, Scrubs) who dreams of taking her poetry to New York but is held back by deferred dreams and a dangerous marriage. The surprise of a new love, Curtis, played by Omari Hardwick (Sparkle, For Colored Girls), sparks a change in Kal that allows her to heal and find her artistic voice.Also starring in “Things Never Said” are Elimu Nelson (The Shield, House of Lies), Michael Beach (Third Watch, ER), Tamala Jones (Up In the Air, Booty Call) and Dorian Missick (Law and Order, Haven).Executive producers are Nicole Elliot, Steven LaBroi and Geofrey Hildrew with producer Brian “Skinny B” Lewis.”We are thrilled to release Charles Murray’s film to audiences who are eager for sophisticated, quality Black films whose characters are depicted in a positive light,” said Clanagan. “Codeblack’s commitment to projects such as this further engages filmgoers in a market where few of these films are made.””I’m excited to be in business with Codeblack Films, which is passionate about providing an avenue for positive Black films to reach wide audiences,” stated Murray. “The release of this film honors my mother and father’s story and the kid I once was, who hoped he could make movies like the ones he grew up watching.”Things Never Said” will screen at the 2013 American Black Film Festival in Miami on June 20 at 2:55pm and June 22 at 1:40pm followed by a screening at the BET Experience Film Festival in Los Angeles on June 29 at 3:10pm.