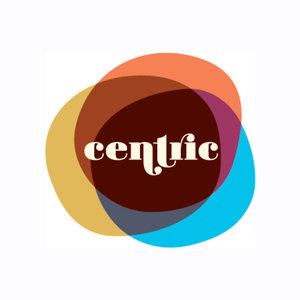 CENTRIC TV ANNOUNCES BLACK HISTORY MONTH SPECIAL PROGRAM LINE UPSix Weeks of Celebration of African American Cultural ContributionsWASHINGTON, DC (January 29, 2013) ““ Centric, today’s 24-hour music and entertainment channel for African American and multicultural viewers, announced today its 2013 programming line up to celebrate Black History Month. Bringing back the best in black music and comedy, Centric’s special selection of weekend shows highlights not only the cultural contributions of African Americans, but their undeniable shaping of the American cultural landscape.”Black History Month ““ today more than ever ““ is a reason to celebrate our culture, creativity and entrepreneurial spirit, especially having just commemorated the 84th birthday celebration of Rev. Dr. Martin Luther King, Jr. and the re-election of President Barack Obama,” said Centric Executive Vice President and General Manager, Paxton Baker. “Centric viewers and music lovers will get a chance to experience some of their favorite artists, like the legendary late Whitney Houston and one of the top R&B groups of all time, New Edition, like never before with exclusive interviews and behind-the-scenes footage.”Kicking off the month and getting straight into the groove, from February 2 -3, Centric will showcase the Soul Train/Don Cornelius Weekend. With January 31 as the one year anniversary of Don Cornelius’ death, this weekend will highlight recently acquired episodes of Classic Soul Train and the amazing Don Cornelius documentary, The Hippest Trip in America.February 9-10 will feature some of the greatest musical talent to hit the charts. During the Whitney Houston/New Edition Weekend viewers will see the never-before seen documentary, Whitney Houston: Legend, with exclusive footage and interviews; get a behind the scenes look at one of the most successful R&B’s groups to date in Being: New Edition and jam to four music blocks featuring Bell Biv DeVoe, Boyz II Men and ABC; Ralph Tresvant and Johnny Gill; Bobby Brown, and New Edition.From Feb 16-17, Centric will celebrate America’s favorite family with the Cosby Show & Jazz Weekend. America’s beloved dad loved jazz and related forms, so episodes airing during this weekend will feature legendary artists from Dizzy Gillespie and Lena Horne to Stevie Wonder, BB King and Miriam Makeba.