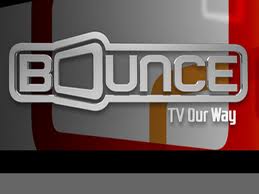 Already reaching 86% of its target audience in just over 15 months on the air, Bounce TV (www.bouncetv.com) — the nation’s first-ever broadcast television network designed for African American audiences — today announced the addition of several major new sponsors and an expansion of their national advertising sales division:Walmart, McDonald’s, Johnson & Johnson, Sprint, Procter & Gamble and Lionsgate will become national Bounce TV sponsors, joining General Motors and Chrysler as new advertisers and Toyota and Nissan as returning.Industry veteran Dennis Ray has been named to the new post of Executive Vice President of Advertising Sales, effective immediately. Ray will be based in New York and report to Bounce TV Chief Operating Officer Jonathan Katz.Ray will lead general market ad sales efforts while also being charged with opening and staffing a New York-based sales office.Marathon Ventures, headed by David Brenner, will continue to be responsible for all of Bounce TV’s direct response advertising.Cheryle Harrison has been promoted to Senior Vice President, Sales Operations.The network is now officially rated by Nielsen Media Services.Ray is a 30-year broadcast television sales executive, having most recently played a critical role with Bounce TV ad sales on behalf of ACE Media. He was the founder and CEO of media sales and marketing company StarMedia Properties where he handled sales for some of the biggest companies in television including Twentieth Television, Warner Bros. Domestic Television, Sony, and MGM, among others. Ray began his career at NBC, handling advertising sales for The Today Show and Late Night Programming, and later Daytime Program Sales. Ray then joined the FOX Broadcasting Company where he served as Senior Vice President, Group Director of Sales where he worked for the network for eleven years.”Dennis is the right person at the right time to lead our ad sales efforts and enable brands to capitalize on Bounce TV’s accelerated distribution growth and immediate popularity with consumers. From broadcast networks to syndication to digital, Dennis has decades of diverse and innovative media advertising sales experience,” commented Katz. “From the inception of the network, he has played a tremendous role in our general market ad sales success and we have tremendous trust and respect for his judgment and abilities.””Bounce TV is a must-buy for brands seeking to reach the African American consumer. When you combine becoming rated by Nielsen with the network’s dramatic distribution expansion and impressive national viewership, it’s easy to see why this is a thrilling time to join Bounce TV,” said Ray.Bounce TV also announced that Cheryle Harrison has been promoted to Senior Vice President, Sales Operations. Harrison, who has been with Bounce TV since its creation and previously spent almost 20 years at Turner Broadcasting in advertising sales and marketing, will be charged with strategically optimizing and monetizing Bounce TV inventory. Harrison is based in Atlanta and reports to Katz.”Cheryle’s work to build our ad sales infrastructure has been outstanding,” commented Katz. “She will work closely with Dennis as they begin this exciting new chapter of general market ad sales for Bounce TV.”