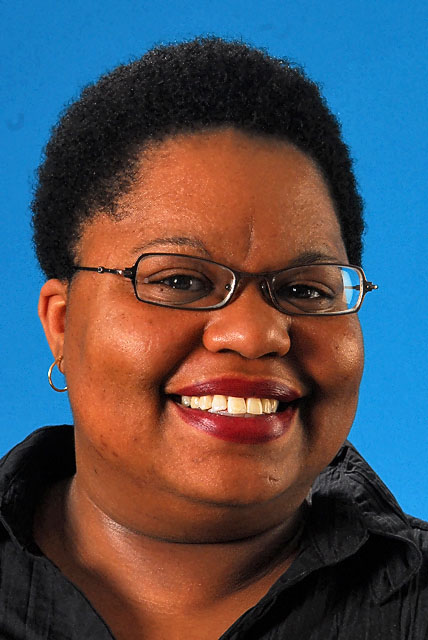 (picture is model not Spivy) Unfortunately, racism is alive and well. Check out Yolanda Spivy’s story. First and foremost NEVER answer diversity questions, it’s a slick way to discriminate against you.Before I begin, let me quote the late, great, Booker T. Washington who said, “Of all forms of slavery there is none that is so harmful and degrading as that form of slavery which tempts one human being to hate another by reason of his race or color.”For two years, I have been unemployed.    In the beginning, I applied to more than three hundred open positions in the insurance industry””an industry that I’ve worked in for the previous ten years.  Not one employer responded to my resume.   So, I enrolled back into college to finish my degree. After completing school this past May, I resumed my search for employment and was quite shocked that I wasn’t getting a single response.    I usually applied for positions advertised on the popular website Monster.com. I’d used it in the past and have been successful in obtaining jobs through it.Two years ago, I noticed that Monster.com had added a “diversity questionnaire” to the site.   This gives an applicant the opportunity to identify their sex and race to potential employers.   Monster.com guarantees that this “option” will not jeopardize your chances of gaining employment.   You must answer this questionnaire in order to apply to a posted position””it cannot be skipped.   At times, I would mark off that I was a Black female, but then I thought, this might be hurting my chances of getting employed, so I started selecting the “decline to identify” option instead.   That still had no effect on my getting a job.   So I decided to try an experiment:   I created a fake job applicant and called her Bianca White.First, I created an email account and resume for Bianca.   I kept the same employment history and educational background on her resume that was listed on my own. But I removed my home phone number, kept my listed cell phone number, and changed my cell phone greeting to say, “You have reached Bianca White.   Please leave a message.” Then I created an online Monster.com account, listed Bianca as a White woman on the diversity questionnaire, and activated the account.That very same day, I received a phone call.   The next day, my phone line and Bianca’s email address, were packed with potential employers calling for an interview.   I was stunned.   More shocking was that some employers, mostly Caucasian-sounding women, were calling Bianca more than once, desperate to get an interview with her.   All along, my real Monster.com account was open and active; but, despite having the same background as Bianca, I received no phone calls.      Two jobs actually did email me and Bianca at the same time.   But they were commission only sales positions.   Potential positions offering a competitive salary and benefits all went to Bianca.At the end of my little experiment, (which lasted a week), Bianca White had received nine phone calls””I received none.   Bianca had received a total of seven emails, while I’d only received two, which again happen to have been the same emails Bianca received. Let me also point out that one of the emails that contacted Bianca for a job wanted her to relocate to a different state, all expenses paid, should she be willing to make that commitment.   In the end, a total of twenty-four employers looked at Bianca’s resume while only ten looked at mines.Is this a conspiracy, or what? I’m almost convinced that White Americans aren’t suffering from disparaging unemployment rates as their Black counterpart because all the jobs are being saved for other White people.My little experiment certainly proved a few things.   First, I learned that answering the diversity questionnaire on job sites such as Monster.com’s may work against minorities, as employers are judging whom they hire based on it.   Second, I learned to suspect that resumes with ethnic names may go into the wastebasket and never see the light of day.Other than being chronically out of work, I embarked on this little experiment because of a young woman I met while I was in school.   She was a twenty-two-year-old Caucasian woman who, like myself, was about to graduate.   She was so excited about a job she had just gotten with a well-known sporting franchise.   She had no prior work experience and had applied for a clerical position, but was offered a higher post as an executive manager making close to six figures.   I was curious to know how she’d been able to land such a position.   She was candid in telling me that the human resource person who’d hired her just “liked” her and told her that she deserved to be in a higher position.   The HR person was also Caucasian.Another reason that pushed me to do this experiment is because of the media. There’s not a day that goes by in which I fail to see a news program about how tough the job market is.   Recently, while I was watching a report on underemployed and underpaid Americans, I saw a middle aged White man complaining that he was making only $80,000 which was $30,000 less than what he was making before.   I thought to myself that in this economy, many would feel they’d hit the jackpot if they made 80K a year.In conclusion, I would like to once again quote the late, great, Booker T. Washington when he said, “You can’t hold a man down without staying down with him.”

When Record Playing, Radio Stations and Record Labels were Married

Radio FactsDecember 12, 2013September 18, 2022
December 12, 2013September 18, 2022
FacebookTwitterInstagramYoutube
We use cookies on our website to give you the most relevant experience by remembering your preferences and repeat visits. By clicking “Accept”, you consent to the use of ALL the cookies.
Do not sell my personal information.
Cookie SettingsAccept
Manage consent