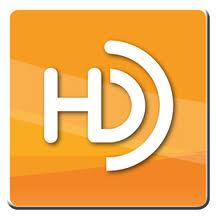 The Broadcaster Traffic Consortium (BTC), Nautel and iBiquity have partnered with Corus Media and Entertainment to begin testing HD Radio technology with data services in the Toronto area. Industry Canada has approved an experimental license for temporary testing of HD Radio technology which will be used for the test data services broadcast of location-based services.BTC President Paul Brenner said, “The Corus team has been a strong partner for our FM RDS business since the beginning of our network launch. We are excited to have this opportunity to test the innovative efforts of HD Radio ® data with one of their Canadian Radio Station s.” iBiquity and Nautel have also contributed in helping to use this business case as an opportunity to test and consider the use of HD Radio ® technology in Canada.The motivation behind the experimental license, HD Radio ® Radio Station build out and testing efforts is based largely in part to the success of HD Radio ® data services here in the United States. Garmin, as an example of one consumer device maker, which has launched products with HD Radio ® based devices in the United States and could benefit from the extension of digital radio in to Canada. BTC will provide the HD Radio data services broadcast for Garmin and other automakers in the United States for traffic, weather and related services to the dashboard.Data tests are being managed by Corus the BTC team along with a select group of current and future customers.

Radio FactsOctober 21, 2013September 17, 2022
October 21, 2013September 17, 2022
FacebookTwitterInstagramYoutube
We use cookies on our website to give you the most relevant experience by remembering your preferences and repeat visits. By clicking “Accept”, you consent to the use of ALL the cookies.
Do not sell my personal information.
Cookie SettingsAccept
Manage consent