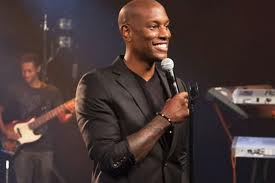 Tyrese has been in the game for a long time and now as a double threat with his music and acting, he is winning right now! The R&B singer has been promoting his album through several grass-roots efforts including singing the train and on the bus where his career started. He is randomly showing up to stores like Target checking on this CD inventory to ensure fans can purchase the album. Outside of all of that, he has put together a very nice product with his album, “Black Rose.” It’s really good! With some quality music and taking the independent route, Tyrese has debuted his latest record, Black Rose, in the top spot of the album chart. After almost 20 years in the game, Tyrese has finally hit number one with his seventh album. Rose moved 81,000 equivalent units this past week, the second following a new release schedule for music around the world.