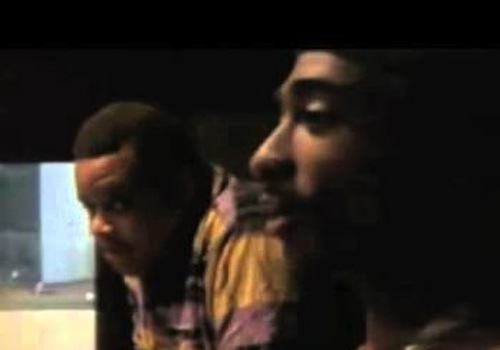 Deon “Big D The Impossible,” who was highly instrumental in the career of the legendary Tupac Shakur has passed away at the age of 45 years old.
He passed away on Tuesday, October 20, 2015 in Los Angeles. In recent years, Deon struggled to maintain his health after undergoing a kidney transplant in 2005.
Big D Evans was widely known and recognized for his legendary work with Tupac Shakur producing the rapper’s biggest hit records, including: “Brenda’s Got a Baby,” “Changes,”, “N.I.G.G.A,” “Crooked Nigga Too,” “Ghetto Gospel,” “If My Homie’s Call,” “Don’t U Trust Me?,” “Resist the Temptation,” “Dopefiend’s Diner,” and “Papa’z Song,” among others.
Big D Evans also played an instrumental role in assisting Tupac’s mother and estate in releasing Tupac’s posthumous best-selling multi-platinum album: Tupac’s Greatest Hits which sold over 11 million copies worldwide, remaining the best-selling rap greatest hits album of all time. Evans also produced on both albums released by Tupac during his life, including 2Pacalypse Now and Strictly 4 My N.I.G.G.A.Z.
Big D Evans got his start producing artists such as the critically acclaimed group, Digital Underground and Hollywood Records pop group, Youngstown. In later years was regular collaborator of Ne-Yo (Shaffer Smith), whom Evans gave the name “Ne-Yo” to as his professional moniker.
His longtime Los Angeles entertainment attorney, Helen Yu of Yu Leseberg, said:
With the passing of Big D Evans and along with Tupac, hip hop music royalty has lost two of its members. These guys put Oakland and the Bay Area sound on the map worldwide and changed popular culture forever. Deon Evans was one of the kindest and gentlest souls I’ve had pleasure of representing. Having fought hard through all of his medical issues and other hardships, Deon truly epitomized the spirit of hip hop music… battling to overcome the struggle. He is dearly missed.
Deon is survived by his sons Akira and Kai, his twin sister DeAnn, his brothers James and Steven, and his mother Caroline. Radio Facts sends our condolences to Deon’s family, friends, fans, and anyone he personally touched.