This past week a HUGE controversy took place online when Jay-Z and his wife Beyonce took a picture with Tidal employees sans black participants in the employee group pic.  People were greatly disappointed that Jay Z even did an impromptu freestyle rap about being discriminated against allegedly by iTunes and other streaming companies for promoting Tidal and he brought up the names of tragic police victims like Freddie Gray to make his point.

Over a month ago, Tidal executive Vania Schlogel stated that contrary to what people got from the press video, Jay Z is NOT the sole owner of Tidal. She states that the artists are equal partners in the venture and that Jay-Z’s contribution, $65 Million, with an below-market interest rate to support the company. STILL it DOES raise the question of why a huge corporation like Tidal does not have any black employees with an investment of $65 million and more from other black artists. As the interview was done BEFORE the pic popped up, she does not address. In addition, Jay-Z has also not addressed as of yet. See her previous interview below. 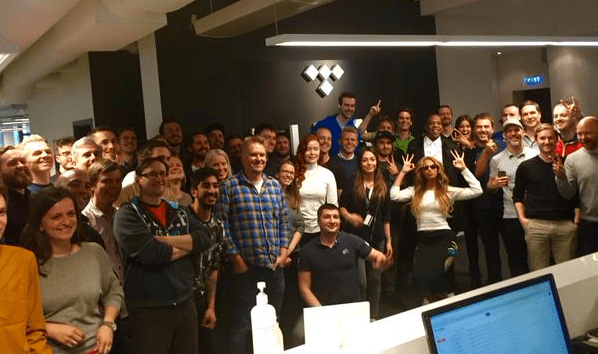