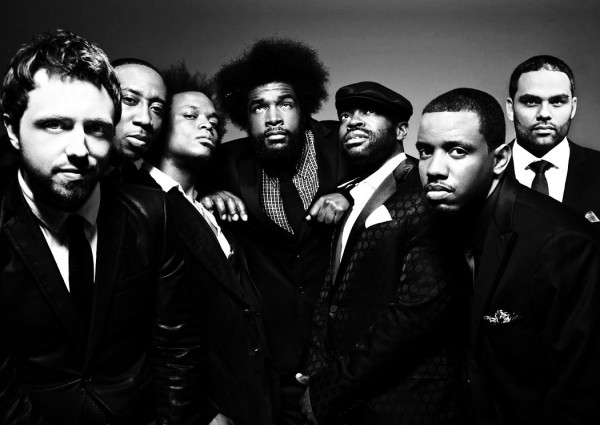 For the first time in more than two decades, the Philadelphia Music Alliance (PMA) will be hosting a stellar evening gala to celebrate its newest group of inductees on the Philadelphia Music Walk of Fame.
The PMA and the Avenue of the Arts, Inc., proudly present the 2015 WALK OF FAME GALA on Monday, Oct. 26, honoring The Roots, Ray Benson of Asleep at the Wheel, Billie Holiday, Cinderella, The Trammps, Andrea McArdle, and WOGL air personality Harvey Holiday at the new Fillmore Philadelphia, frequently hailed as “the most beautiful club in America.”
Afternoon ceremonies inducting the Walk of Fame’s Class of 2015 and unveiling its plaques will be held the same day along the Avenue of the Arts in front of the Kimmel Center, with live music by the Philly Pops Brass Band.
Saturday Night Live alum Joe Piscopo will be hosting the grand evening gala, with special guest appearances by Dionne Warwick, Mayor Michael Nutter, Broadway’s “Annie” creator Martin Charnin; WMMR’s Jacky Bam Bam, Philadelphia Sports Hall of Famer Sonny Hill, “The Geator” Jerry Blavat, and more surprises to be announced. A 30-year reunion of the original surviving members of The Trammps will highlight an array of live performances by american idol alum Haley Reinhart, the School of Rock, and the Philadelphia High School for Creative and Performing Arts (CAPA) Choir. The world-renowned Urban Guerilla Orchestra will be the house band for the evening.
With 16 Grammy Awards and a Tony Award nomination among the new honorees, spanning the musical gamut from Jazz, Country, Disco, Hip Hop/Neo Soul, Rock, Broadway and radio, the long-awaited return of the evening gala considerably amplifies the vital significance of the Philadelphia Music Alliance and Walk of Fame as its 30th anniversary approaches in 2016.
“Celebrating this tremendous array of legendary talent during a gala event at the prestigious new Fillmore is a major step in reiterating our level of importance to the music and business communities of Philadelphia,” says PMA Board Chairman Alan Rubens. “This enables us to enhance our mission of honoring the past and helping to support the future of the vast musical talent that continues to come out of our city.”
The PMA also is honoring the CAPA Foundation, with the Educational Award, a financial donation for Outstanding Excellence in Arts and Music. The CAPA Foundation is an independent non-profit organization providing sustained support to CAPA High School students by engaging CAPA alumni and parents, the Philadelphia arts community, corporate partners and foundations focused on arts education. The CAPA Foundation was formed in response to a $1.1 million cut in the operating budget of The Roots’ alma mater as a result of the School District of Philadelphia budget crisis.
Frank Giordano will be honored with the Platinum Award for Outstanding Contribution to the Philadelphia Music Community. The Platinum Award is given to an individual, organization or company that has been a leader and champion in supporting the music making community in a significant way. Mr. Giordano’s significant contributions to Philadelphia’s music community include his work as President and CEO of The Philly Pops and past Chairman of the Philadelphia Youth Orchestra.
The sold-out event, with catering by Wolfgang Puck, will include a charity auction with high profile items including:
§ Two (2) Floor tickets to the Billboard Music Awards 2016
§ A veranda cabin for two (2) on StarVista Live’s “Flower Power” Cruise starring Blood, Sweat and Tears feat. Bo Bice, Micky Dolenz (The Monkees), Herman’s Hermits starring Peter Noone, Jefferson Starship, The Turtles featuring Flo and Eddie, The Guess Who, and more
§ Four (4) tickets to The Tonight Show Starring Jimmy Fallon
Major sponsors include Live Nation, Hotel Monaco Stratus Lounge, Great Lakes Brewery, Philadelphia Distilling, ESM Productions, Blank Rome, LLP, O’Donnell & Naccarato Inc, The Clayman Foundation, Martell Cognac, Replica Creative, and Vinedrea Wines.