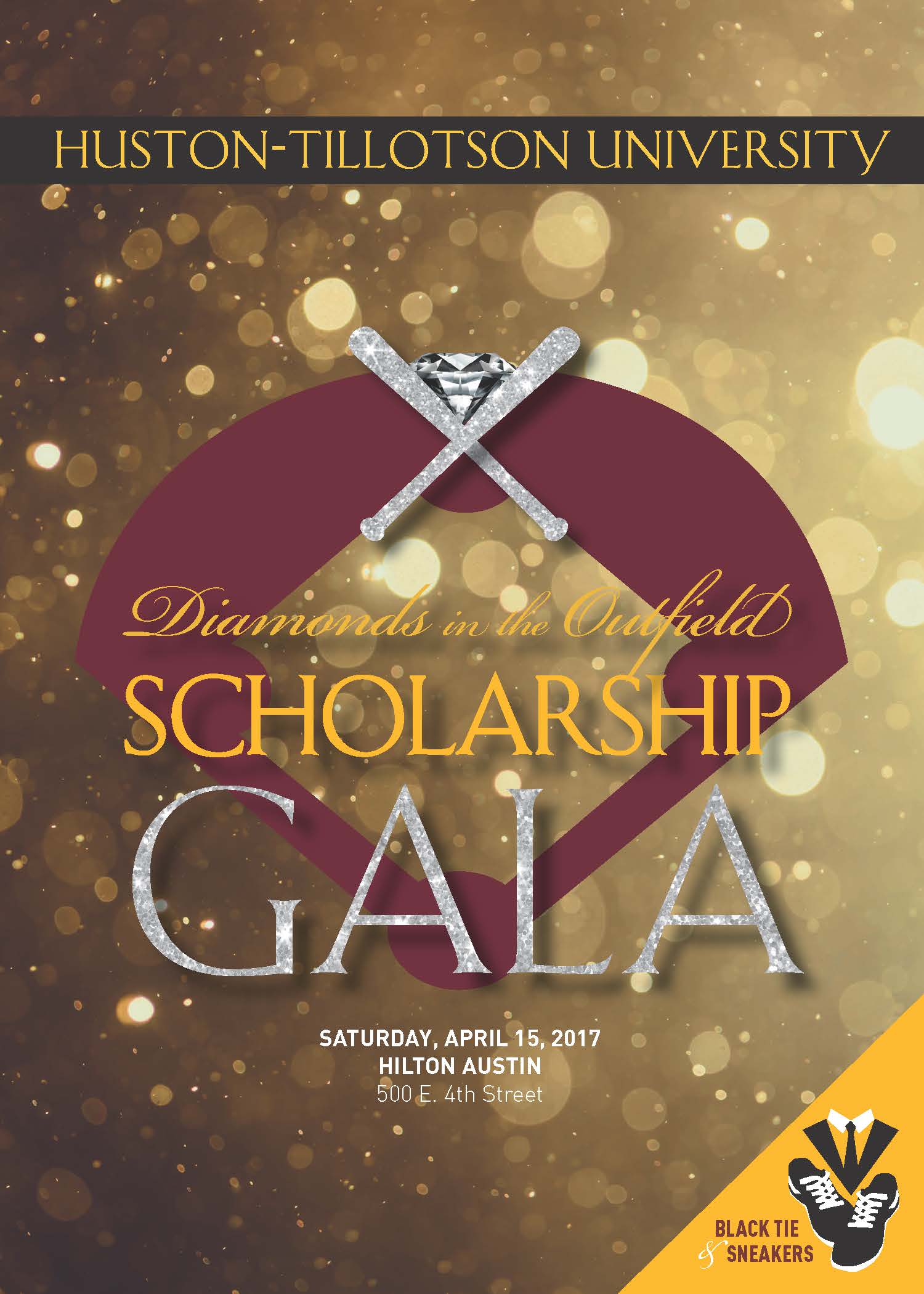 Purchase an Individual Admission for $140

Secure a Page in the Souvenir Journal

AUSTIN, Texas (1.30.17) — Huston-Tillotson University officials are pleased to announce the 2017 Diamonds in the Outfield Scholarship Gala, scheduled on Saturday, April 15, 2017, at 6 p.m., at the Hilton Austin hotel.

The Gala will feature a tribute to members of the Negro League Baseball who will be in attendance, induction of the newest member into the University’s baseball Hall of Fame; Diamonds off the Field award presentations, recognizing alumni trailblazers; and special recognition of Baseball Coach Alvin Moore, Athletic Director Charles H. Dubra, and retired Athletic Director, Coach, and Instructor James R. Wilson.

In addition, entertainment for the black-tie affair and dinner will be provided by Huston-Tillotson University’s own Elite Combo, conducted by Dr. Javier Stuppard.

Leading up to the Gala, Negro League Baseball players will be celebrated at the April 8, 2017, Huston-Tillotson University baseball game during a special recognition ceremony at 11:45 a.m. at Downs Field, located at 2816 E. 12th Street.

Guests may purchase their admission for $140 or provide their sponsorship here. For more information, call 512.505.3073. Make your hotel reservation now.