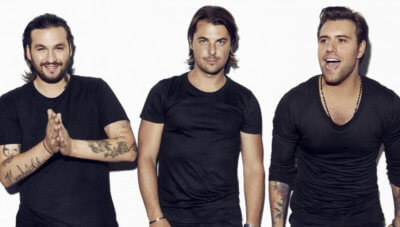 The dance music trio Swedish House Mafia is positioning themselves for a comeback this year, hiring veteran music manager Ron Lafitte whose Patriot Management roster includes the likes of OneRepublic, Soundgarden, and Pharrell Williams. The group has been on hiatus since 2013, marked with a ‘farewell tour’.SHM was a huge presence in clubs and on the radio, with “Don’t You Worry Child,” their last single, reaching the top 10. Rumors about a reunion have circulated over the last years, alongside rumors of a Vegas residency (albeit unlikely).Currently, the trio is unsigned (previous releases were through Astralwerks and Universal Music Group), though they’ve recently been courted by a number of labels. New solo music is anticipated, alongside new music from the trio itself.

Black Hollywood Joined the #OccupyCityHall Movement in Support of All Initiatives...

Alicia Keys is a “Girl on Fire” as She Rises Up...