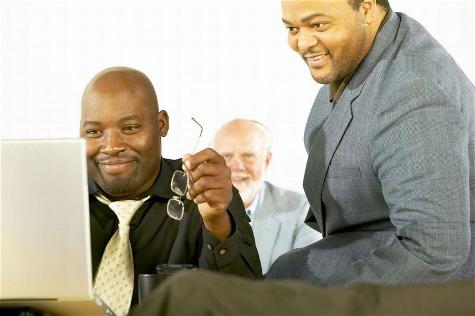 I consult a few businesses each week. I was talking to a client about his business in California where he sells health products. He is outrageously passionate about what he sells.  His customers love him and he is very dedicated. He is successful, but he is also exhausted. He has hired two employees to work under him who he states do not have the same passion that he does and he is frustrated by that.  He has complained about paying them great money and not getting the results. I have heard other entrepreneurs complain about the same thing.

I explained to him that employees will never be as passionate about your business as you are and you can’t get mad at them for not having that same passion.  They have their own lives, problems and passions. I suggested to him, as I do the other clients  in this situation, to get a manager to duplicate themselves instead of hiring employees.  This way you kill two birds with one stone. When you repeatedly hire employees and you train them and they don’t work out you are wasting valuable time over and over again. Why not get one person  by taking the two salaries from the employees and pay the one employee 70% of the 100% you are paying those two employees and teach him or her how to duplicate you.  Let them follow you around for a week or two and watch how you operate. In other words, hire them as a manager instead of an employee, considering they are qualified. Someone that you hire as a manager is prone to take the job more seriously and it will free you up to figure out ways to make more money for the company, which in turn will generate more revenue to hire those two employees down the road. It is better to have one person you can depend on instead of two people who have no interest.

One of the other  important suggestions that I have for clients in the situation is to write down what you are teaching new employees. This is rarely done  which is what causes frustration. What you are doing is creating a manual that you can give them to read and they can refer to it first before they come to you if they have questions. This will also help prevent you from having to do the exact same thing repeatedly when employees  or managers don’t work out.  Ask them to go over the manual when you first hire them and to ask any questions they may have off the bat.

This client also complained to me that he was exhausted from working 16 hour days. But instead of finding a way to cut his hours down he opened an additional store which actually increased his hours I often see this mistake as well. We think that by changing the environment  or making additions instead of subtractions it will make us like what we do more instead of understanding that it may be time to make some drastic changes instead.  He has taken my advice and is now training a new manager.  Thus far he is happy with the results  and he has put the employees on notice, he states they are working much harder and paying more attention.