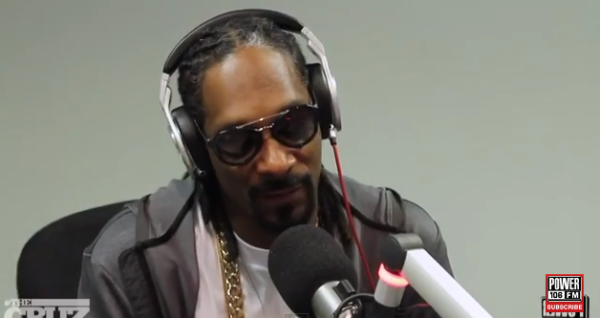 Snoop Dogg stopped by The Cruz Show to talk about his new album Bush, produced by Pharrell. The hip hop music icon also shares the memory of the first time he heard his music on Power 106.  The interview gets a bit deeper when Snoop talks about his days on Death Row Records and why he had to sacrifice money for his freedom.
Check out the video to see Snoop reveal the true meaning behind, “Bush.”