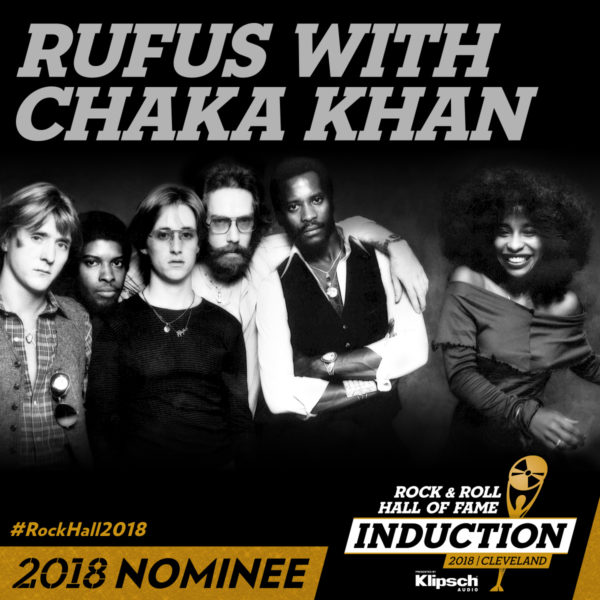 * * * * *
Fans Can Officially Cast Their Vote for Rock & Roll Hall of Fame Inductees at rockhall.com/vote
Today, Rufus with 10x Grammy Award-Winning singer/songwriter Chaka Khan was nominated for The Rock & Roll Hall of Fame 2018. From the moment she burst onto the music scene in the 1970s as the 18-year-old lead singer of the multiracial band Rufus, her powerful voice and show-stopping stage presence set her apart from any other singer, and during her 40-year career, she has developed a vast international fan base and performed on six continents. Rufus with Chaka Khan are nominated not only for the freedom and raw sexuality of pure funk, but also the racial and social integration at the heart of Rock & Roll.