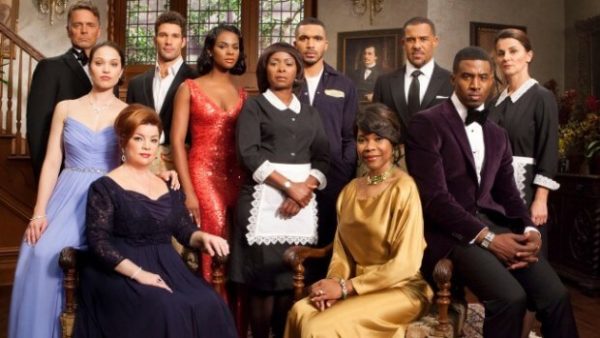 OWN BREAKS VIEWERSHIP RECORDS; DELIVERS MOST-WATCHED QUARTER IN NETWORK HISTORY
OWN Achieves Highest Quarterly Prime Rank in Network History
(#21 W25-54)
OWN Earns Most-Watched Week in Network History in Prime
(week of March 23)
Q1 2015 Up +44% in Prime in Total Viewers vs. Previous Quarter
(LOS ANGELES) – April 6, 2015 – OWN: Oprah Winfrey Network delivered its most-watched quarter in network history in Q1 2015 with 581,000 total primetime viewers, up +44% vs. prior quarter. The network also achieved its highest quarterly rank in prime in network history at #21 in the key W25-54 demo (among ad-supported cable networks).
Additionally, OWN had its most-watched week in network history for the week of March 23, with 798,000 total viewers in prime. The records for both the most-watched quarter and the most-watched week are consistent in both Live+SD and Live+3 data. Moving forward, the network will be reporting Live+3 data, with the exclusion of live and event programming.
The ratings momentum in Q1 2015 was driven by several of the network’s original series:
* Popular series “The Haves and the Have Nots” and “If Loving You is Wrong,” both from Tyler Perry, led to OWN’s most-watched night in network history on March 24, with primetime averaging nearly 2.9 million viewers. In L+3, “The Haves and the Have Nots” (9 p.m.) earned a 3.13 rating W25-54 (up +19% vs. LSD) and attracted 4 million viewers (up +14% vs. LSD) and “If Loving You is Wrong” (10 p.m.) earned a 2.71 rating W25-54 (up +22% vs. LSD) and attracted 3.5 million viewers (up +16% vs. LSD).
o Competitive data: For the quarter, “The Haves and the Have Nots” and “If Loving You is
Wrong” led OWN to be Tuesday night’s #1 cable network among women and #1 network
on all of TV among African-American women and total viewers.
* Comedy series “Love Thy Neighbor” from tyler perry was Wednesday night’s #2 original cable series for African-American women, driving OWN to be Wednesday night’s #2 cable network for African-American women
* The much talked about special featuring Iyanla Vanzant’s sit down with Chris Brown’s ex Karrueche Tran (3/28/15 at 8 p.m.) “Iyanla Exclusive: Karrueche Tran” posted 813,000 total viewers, a 0.76 rating W25-54 and a 3.93 African-American W25-54, marking the network’s strongest performance in the time period since February 2013 and ranked #1 in the time period among African-American women
* “Welcome to Sweetie Pie’s,” “Raising Whitley” and “2 Fat 2 Fly” were Saturday night’s top 3 original cable series for the quarter among African-American women. “Welcome to Sweetie Pie’s” most recent episode (3/28/15 at 9 p.m.) posted 1.06 million viewers and a 0.98 rating W25-54 and a 5.06 rating African-American W25-54, tying the show’s highest W25-54 rating of the season, becoming Saturday night’s #1 cable telecast among African-American women and the #1 non-sports telecast for African-American total viewers. Additionally, Saturday’s episode ranked as the #2 episode this season among total viewers and the series achieved its highest African-American W25-54 rating this season
Source: The Nielsen Company, Live+3
ABOUT OWN: OPRAH WINFREY NETWORK:
OWN: Oprah Winfrey Network is the first and only network named for, and inspired by, a single iconic leader. Oprah Winfrey’s heart and creative instincts inform the brand – and the magnetism of the channel. Winfrey provides leadership in programming and attracts superstar talent to join her in primetime, building a global community of like-minded viewers and leading that community to connect on social media and beyond. OWN is a singular destination on cable. Depth with edge. Heart. Star power. Connection. And endless possibilities. OWN is a joint venture between Harpo, Inc. and Discovery Communications. The network debuted on January 1, 2011 and is available in 85 million homes. The venture also includes the award-winning digital platform Oprah.com.