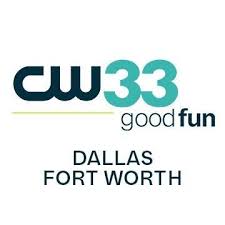 Media and television executive Depelsha McGruder has been named Chief Operating Officer of New York Public Radio (NYPR), which includes WNYC, WQXR, WNYC Studios, Gothamist, New Jersey Public Radio and The Jerome L. Greene Performance Space, President and CEO Laura Walker announced today.In this role, McGruder will be responsible for fostering a vibrant, values-driven internal culture at NYPR. She will lead key internal functions including human resources, legal, engineering / IT, and internal communications, ensuring continuous improvements in processes, policies, workspace and talent strategy. McGruder will also oversee strategic planning, operations and digital for NYPR — a leader in audio and digital content, podcasting, and classical music radio — in a fast-changing media and digital landscape. She will be responsible for guiding the implementation of a strategic and sustainable growth plan that will strengthen and expand WNYC’s local news operation, position WNYC Studios as an incubator of new voices, and create a global classical music audio platform. McGruder reports to Walker, and begins on October 29.“With a background in strategy, programming, audience development and organizational culture and change, Depelsha possesses extraordinary breadth, versatility and experience,” said Walker. “At a moment when audio is exploding, local news is shrinking, audiences are fracturing and digital platforms are shifting rapidly, she is the right person to smartly guide our strategic plans and strengthen our internal culture while fulfilling our mission of producing trusted journalism, serving a broad audience, amplifying new voices, and creating a best in class workplace. I’m thrilled to welcome Depelsha to New York Public Radio.””I began my professional career as a local broadcast journalist, so joining NYPR feels like coming home,” said McGruder. “I am in awe of the stellar content the team produces, and look forward to finding ways to amplify the impact of this great institution and strengthen NYPR as a first choice workplace for audio, journalism, and mission-oriented professionals.”Most recently, McGruder spent 17 years at Viacom in senior leadership positions at both MTV and BET Networks. While there, she launched the video-on-demand, broadband and mobile businesses for MTV. She also led the launch of two Viacom cable TV networks designed to superserve diverse audiences — MTV Tr3s for US Latino youth and Centric for African-American adults — creating the branding, programming, distribution, sales and partnership strategies. Post-launch, Depelsha led day to day operations for both networks, managing Strategy & Operations, Programming, Music & Talent, Digital & Social Media and had broad responsibilities for Finance, Legal, HR, and Tech. Both networks experienced triple digit increases in audience growth and revenue under her leadership. At BET, she led an organizational culture transformation, which she helped to implement.Earlier in her career, McGruder was an on-air reporter, anchor, and producer for two commercial television Radio Stations in Georgia.McGruder is also the Founder and President of Moms of Black Boys United, Inc. and M.O.B.B. United for Social Change, Inc., sister organizations that are dedicated to positively influencing how Black boys and men are perceived and treated by law enforcement and in society.She holds a B.A. from Howard University and an M.B.A. from Harvard Business School.
Share
Tweet
Share
Pin
More