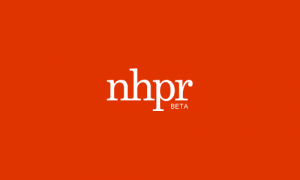 Betsy Gardella, NHPR President & CEO, made the announcement following an extensive national search.   “We are delighted to bring Michael back to New Hampshire and to add a person of his significant experience to our team. His dedication to the values of public radio and his many years in the public radio systems will help NHPR expand and improve its service to listeners around our state.”

Previously, Rathke was Radio Program Director at WOSU Public Media in Columbus, Ohio, WFCR (now New England Public Radio) in Amherst, Mass., the former WCAL in Northfield, Minn., and the Northwest Public Radio regional network based in Pullman, Wash. Additionally, Rathke has worked in a variety of programming, hosting, and operations capacities in public radio since 1986, including as an Announcer/Producer and Music Director at New Hampshire Public Radio from 1995-1997. Rathke, his wife Lisa, and pet dachshund Prudence are thrilled at the opportunity to return to the Granite State. He will begin his tenure as Program Director on March 29, 2013.

In New Hampshire, Rathke will be based out of NHPR’s Concord broadcast center and will manage NHPR’s program schedule, oversee Classical New Hampshire and locally produced programs including The Exchange and Word of Mouth.