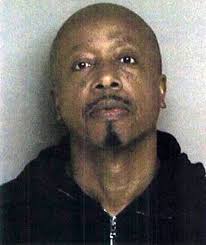 We guess Hammer isn’t too legit to not get arrested and/or harassed by the police. The legendary rapper/entertainer, MC Hammer was arrested in Northern California on Thursday for allegedly obstructing an officer. The rapper announced his arrest on Saturday via a twitter rant where he explained that he was the victim of racial profiling.Hammer, who was born and raised in Oakland, CA and known to his loved ones as Stanley Kirk Burrel was reportedly sitting in a car outside a shopping center in Dublin, CA, which is a city east of Oakland, when he was approached by an officer of the law. Via Twitter, Hammer described the scene as such, “Chubby elvis looking dude was tapping on my car window, I rolled down the window and he said ‘Are you on parole or probation?'” The Oakland rapper continued, “While I was handing him my ID he reached in my car and tried to pull me out the car but forgot he was on a steady donut diet”¦. It was comical to me until he pulled out his guns, blew his whistle and yelled for help (MallCop) !!! But make no mistake he’s dangerous “¦. only thing more dangerous than a scared man with a gun, is a scared man with an agenda, a gun and a badge. I was citied for obstruction smh.”According to reports from the Dublin Police, Mr. Burrel was in a vehicle with expired registration, and he was not the registered owner, which would negate Hammer’s racial profiling claim if the police story holds true. Police spokesman Herb Walters released a statement via CNN, “After asking Hammer who the registered owner was he became very argumentative and refused to answer the officer’s questions.”MC Hammer was arrested and booked on suspicion of resisting an officer and obstructing an officer in the performance of his duties at the Santa Rita Jail. He was obviously released on bail and is scheduled to appear in court next month to face the charges.The “You Can’t Touch This” superstar finished off his twitter rant saying the incident was a “teachable moment” and an “eye opener.” Hammer went on to answer the officer’s initial question. “I will now answer his question,…contrary to his personal beliefs, all people of color are not on parole or probation fat boy!!!”We know that racial profiling exist but what do you think Hammer was the victim in this incident?