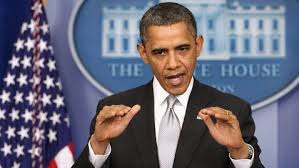 Its getting real in these streets over these gun control laws President Barack Obama is trying to implement. Apparently a man was taken into custody Monday afternoon after he pulled out a BB gun as President Barack Obama‘s motorcade passed by, according to Connecticut authorities. Local police noticed the man was acting strange as he paced back and forth as the motorcade approached. The man then pulled out a gun that resembled a rifle according to Bloomfield police. The man’s name has not been released.President Obama was in Connecticut Monday afternoon to meet with families who lost loved ones during the school shooting at Sandy Hook Elementary School in December. He later delivered an address at the University of Hartford, calling on Congress to bring new gun control propoals to a vote.