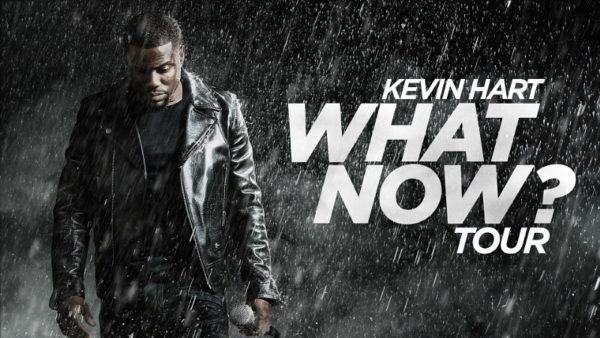 It seems as if kevin hart is taking over the world. He is doing something with comedy that has never been accomplished and now the superstar actor, comedian Kevin Hart, announced a massive International World tour on the heels of his hugely successful domestic tour of the same name. The WHAT NOW? TOUR is kicking off in the UK on January 20, 2016. A full list of tour dates is below. Tickets for the WHAT NOW? TOUR go on sale beginning September 4th at www.whatnowtour.com.
kevin hart is one of comedy’s biggest stars with a celebrated and award-winning career that has seen the talented entertainer become one of the industry’s most important and influential voices. In 2015 Kevin starred in Screen Gem’s smash hit, The Wedding Ringer, which took in over $80 million internationally, and in March 2015, starred opposite Will Farrell in Warner Bros. Pictures’ Get Hard. In 2016, Kevin will star in Ride Along 2, the highly anticipated sequel to last year’s $150 million international blockbuster. With nearly 20 million Facebook followers and over 21 million on both Instagram and Twitter, from all over the world, the WHAT NOW? TOUR will give his extensive fan base an opportunity to see him live, including first-time stops in Australia, Belgium, Germany, Ireland and South Africa.
Kevin’s 2012 comedy tour, Let Me Explain, took him across Europe including a sold out performance at London’s O2 Arena. In addition to sold-out tours, Kevin’s DVD, Seriously…Funny, not only became one of the fastest selling DVD’s of all time, but went triple platinum. That special, along with his comedy shows, Laugh At My Pain and I’m a Grown Little Man have been just as popular on Netflix.
WHAT NOW? TOUR
1/20/2016 — Manchester @ Manchester Arena
1/22/2016 — Dublin @ 3Arena
1/23/2016 — London @ Wembly Arena
1/24/2016 — London @ O2 Arena
1/25/2016 — Oslo @ Spektrum Arena
1/26/2016 — Stockholm @ Friends Arena
1/27/2015 — Berlin @ O2
1/29/2016 — Malmo @ Malmo Arena
1/30/2016 — Amsterdam @ Ziggodome
1/31/2016 — Antwerp @ Lotto Arena
2/2/2016 — Singapore @ Suntec Singapore Convention & Exhibition Centre
2/3/2016 — Perth @ Perth Arena
2/5/2016 — Melbourne @ Rod Laver Arena
2/6/2016 — Brisbane @ Brisbane Entertainment Centre
2/7/2016 — Sydney @ Allphones Arena
3/26/2016 — Cape Town @ CT ICC
3/28/2016 — Durban @ DBN ICC Arena
3/30/2016 — Johannesburg @ The Dome