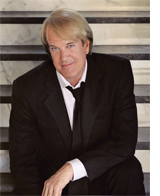 Urban radio please try to retain your extreme excitement and enthusiasm. NAB strikes gold with this one.. hurry and make your reservations….

Through a career that spans more than 25 years, Tesh has won 6 Emmy’s and an AP award for investigative journalism. He has sold over seven million albums and 1.2 million DVDs, has had a string of number one radio hits, earned two Grammy nominations, produced seven hit PBS music specials and performs for over 200,000 live concert fans each year.

“John Tesh is a talented entertainer with a keen understanding of the media business, a combination that enables him to reach millions of people through broadcast, music and books,” said NAB Executive Vice President of Radio John David. “We look forward to his remarks at the NAB Show Radio Luncheon.