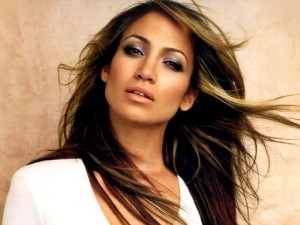 2101 Records / Capitol Records released to radio today, the new single, “Live It Up” from superstar Jennifer Lopez. The announcement was made by 2101 Records Founder and CEO, RedOne (Nadir Khayat).”Live It Up” (produced by RedOne and featuring Pitbull) precedes JLO’s 10th album to be released on 2101 Records / Capitol Records in late 2013.The 2101 Records / Jennifer Lopez signing marks the first under the label’s new exclusive multi-year worldwide agreement with Capitol Records.JLO and RedOne made music history with their 2011 global hit, “On The Floor.” The song went to #1 on over 30 charts around the world and became one of the Best Selling Digital Singles of All Time. The “On The Floor” video is the Most Watched Music Video by a Female Artist in History with over 666 million views.Jennifer Lopez will perform “Live It Up” live on the “American Idol” finale and the Billboard Music Awards May 19 on ABC. The music video premiere of “Live It Up” (shot in Miami and New York) will be announced in the coming days.RedOne, who is executive producer of the upcoming JLO album, also executive produced Lopez’s last album, “Love?” In addition, to “On The Floor” the album spawned the hit singles “I’m Into You” and “Papi.””This is like a dream come true for me.” said RedOne. “It was amazing to be able to work with Jennifer on so many great records over the past two years and now it is such an honor to have her on my label. She is a creative inspiration and a true global superstar artist who brings so much to everything she does. I feel that this is historic and a wonderful opportunity to launch 2101 / Capitol in this way.”According to Capitol Records Chairman & CEO Steve Barnett, “Jennifer Lopez is a true superstar, and her pairing with RedOne has resulted in an incredible first single with ‘Live It Up.’ I am happy to be reunited with Jennifer and all the more thrilled that she’s working with RedOne and is now a part of the 2101/Capitol family.”