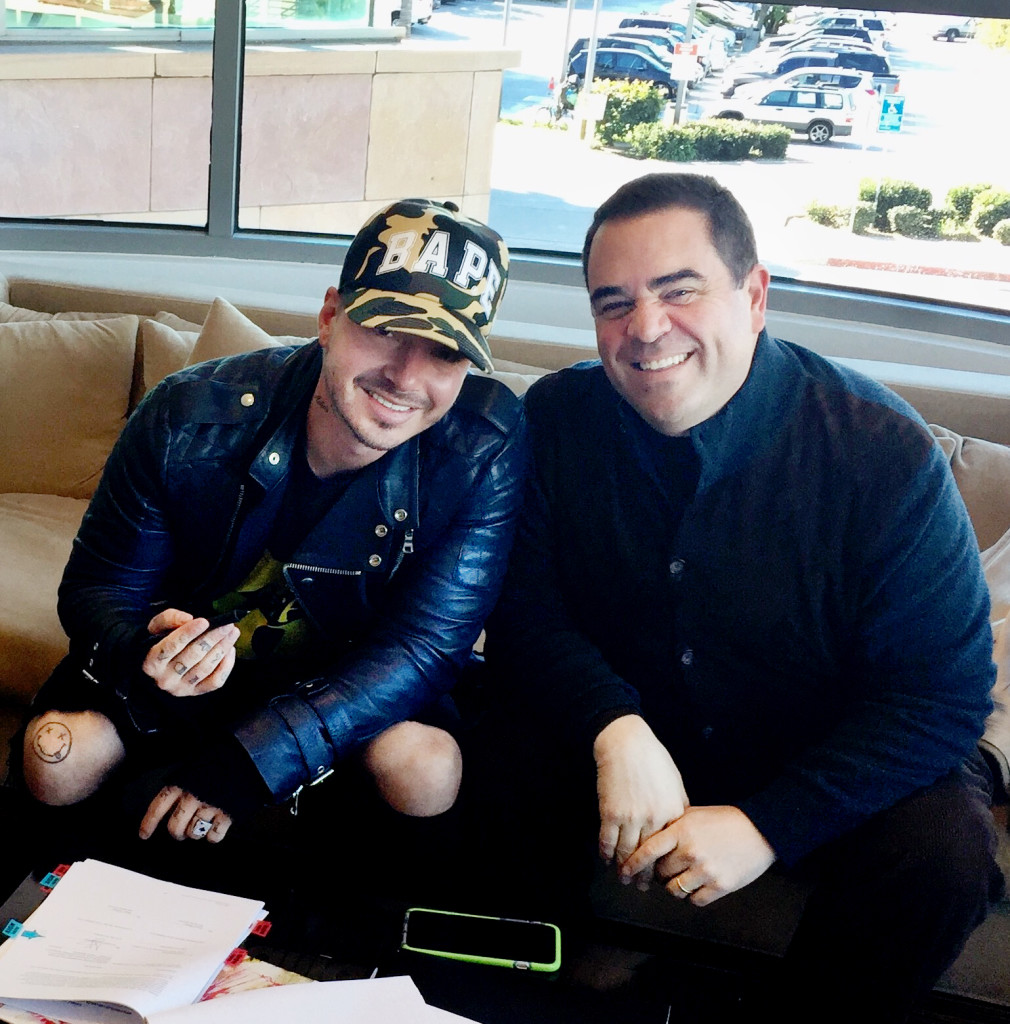 J BALVIN EXTENDS WORLDWIDE AGREEMENT WITH  UNIVERSAL MUSIC PUBLISHING GROUPMIAMI, FL (May 10, 2016) – Latin Grammy-winning artist J Balvin, has concluded a new publishing agreement that extends his exclusive, worldwide relationship with universal music publishing Group (UMPG), it was announced today by Evan Lamberg, UMPG President – North America, andAlexandra Lioutikoff, Executive Vice President, Latin Music.With his immense crossover appeal and rising interest from Hollywood studios, the deal brings Balvin, one of the fastest rising Latin music stars, to UMPG’s U.S. roster to maximize creative opportunities on a global scale. UMPG will continue to administer his entire catalog and forthcoming new album.The announcement comes on the heels of Balvin’s eight Billboard Latin Music Award nominations and a remarkable chart run with “Ginza,” which was No.1 on the Billboard Hot Latin Songs chart for 22 consecutive weeks. Balvin has also recently collaborated with such major artists as Justin Bieber (“Sorry” Latino Remix feat. J Balvin), Ariana Grande (“Problem” feat. Iggy Azalea and J Balvin), Maroon 5 (“Maps” Rumba Whoa Remix feat. J Balvin), French Montana and Nicky Jam (both featured in his “Ay Vamos” Remix).“I consider J Balvin one of the greatest global contemporary songwriters/artists in any genre. The music and creativity that the world has seen from him is just beginning. He will be a force for years to come and it’s a complete honor that universal music publishing is his home,” said Lamberg.“The massive appeal and magic of J Balvin is yet another exle the world is waking up to Latin songwriters and what they can bring to making hits. I’m thrilled that J is part of the global UMPG family and we look forward to helping him further cement his place in the international music arena,” said Lioutikoff.“I feel very happy and grateful to continue this journey with UMPG and am excited to keep achieving great things together,” said Balvin.Balvin has dominated the Latin music scene since the 2013 release of his breakthrough album La Familia. Having amassed over 30 million social media followers, he has generated a record-setting 100 million views on VEVO for each of his videos for “Tranquila,” “6 A.M.,” “Ay Vamos,” and “Ginza,”which is the most viewed Spanish video debut in history. VEVO also named Balvin the “Most Watched Latin Artist of 2015.”In 2015 Billboard identified Balvin as “the biggest breakout act Latin music has seen in many years.”  During the year he swept all four Black categories at Premio Lo Nuestro, won three Latin Billboard Awards (including the coveted New Artist of the Year award) and received two SESAC Latina Performance Awards for “6 A.M.”  Last fall he also headlined his first tour, won a Latin Grammy for Best Urban Song for “Ay Vamos,” and received New Artist of the Year at the Latin American Music Awards. In addition, “Ay Vamos” won the inaugural Contemporary Song of the Year Award at the BMI Latin Awards in March.

Rickey Smiley Calls Out Journalist for Being Messy Regarding Hot 107.9 Story

Not Sure If You Should Trust a COVID-19 Vaccine? Watch This…