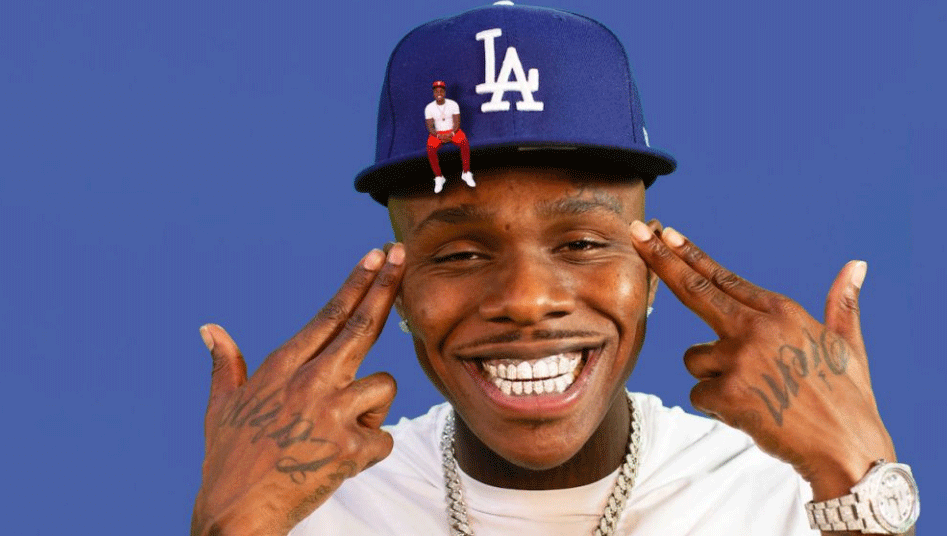 DaBaby’s multi-platinum hit single “Suge” — probably the hottest track of the summer — is bona fide proof of the North Carolina rapper’s assertion that he is the best in the game. Or, in his own words, “the best motherfuckin’ rapper.” This sounds like slick talk, but DaBaby isn’t bullshitting, nor is he speaking in hyperbole. Rather, he’s offering a sober and clear-headed critical assessment of himself; an introspective evaluation that’s almost impossible to present a counterargument against.

As a performance artist, DaBaby is unprecedented. Within a musical genre where most rappers fall into either one of two categories — the badass or the clown — DaBaby is precisely both and also neither. The mind reels to think of any other hip-hop artist who possesses so much self-confidence and nerve that they would perform on stage in a diaper, an effective publicity stunt DaBaby pulled at South by Southwest in 2017. He has an unusually sharp instinct for demanding attention, and once he has your attention he keeps it by unleashing a completely idiosyncratic style, tone and rhythm that is unparalleled in the world of hip-hop.

In fact, DaBaby’s originality is so revolutionary that one has to think of pioneers from other genres of art. His totally unique verbal style is not dissimilar from the impulse Picasso had when he created his first cubist painting or Howard Stern when he had the epiphany to start sharing his true personality with his listeners. DaBaby is an outlier in the Malcolm Gladwell sense. Have you tried to sing along to one of his signature tracks? It’s not easy until you’ve looked up the lyrics and heard it for the fiftieth time because, as a lyricist, he employs something close to free verse: the lines have a bumpy stream-of-consciousness flow that isn’t necessarily connected through rhyming words. Rather, DaBaby supplements the lack of assonance with sheer attitude.

That is exactly what sets DaBaby apart from his rivals and comrades. In that sense, he’s like the Beetlejuice of rap music. More specifically, he’s like Michael Keaton’s interpretation of Beetlejuice — Groucho Marx with a glock. This is Keaton’s perfectly bizarre explanation for that character: “There’s something about him being goofy that made [Beetlejuice] even more dangerous. If you run into some guy who’s nuts and then he’s kind of like goofy too that’s like really scary, you know? So I wanted to be kind of scary-dangerous but funny.” Is there a more accurate characterization for DaBaby’s distinctive persona? His innate love of guns and violence, his irrepressible impulse for threatening to “beat your ass up all in front of your partners and children,” is constantly offset by his uncontrollable, even erratic, goofiness.

Consider the chorus for his hit single, each line of which flirts with being commonplace and benign. Then, he hits the listener with a key word that inverts the initial understanding of the lyrics: “I’m a young CEO, Suge.” That punctuation at the end reverses your perception of this shit-talking, smartass, burgeoning mogul. You get the impression that he doesn’t take himself too seriously, but anyone else would be a fool not to take him as seriously as a new Suge Knight.

This reversal of perception is a central theme in his other single, “21.” Throughout the song, DaBaby’s relationship to the 21-year-old girl who’s “so bad, she make my other bitch look average” remains opaque, tentative, questionable. But then the pre-chorus, which is so subtle you might not catch it at first, clarifies (read: reverses) the meaning of the whole song: “Her record still clean and she young / I looked the bitch dead in her eyes / Told her go get some more legal guns, I need that.”

DaBaby’s playful use of deception meaningfully interacts with his goofball-thug personality. When XXL recently released its 2019 Freeman Cypher, DaBaby’s freestyle blew the other rappers (Lil Mosey, YK Osiris, and, to some extent, Megan Thee Stallion) out of the water, spawning a wave of memes and GIFs on Twitter. A few days had passed before it was revealed online that DaBaby’s killer freestyle wasn’t a freestyle at all, but a regurgitation of verses the rapper had already written and released.

Ultimately, the disingenuousness of the verse didn’t matter. Whether improvising or reciting, DaBaby blows the roof off every time the beat moves him because he likely is “the best motherfuckin’ rapper.”