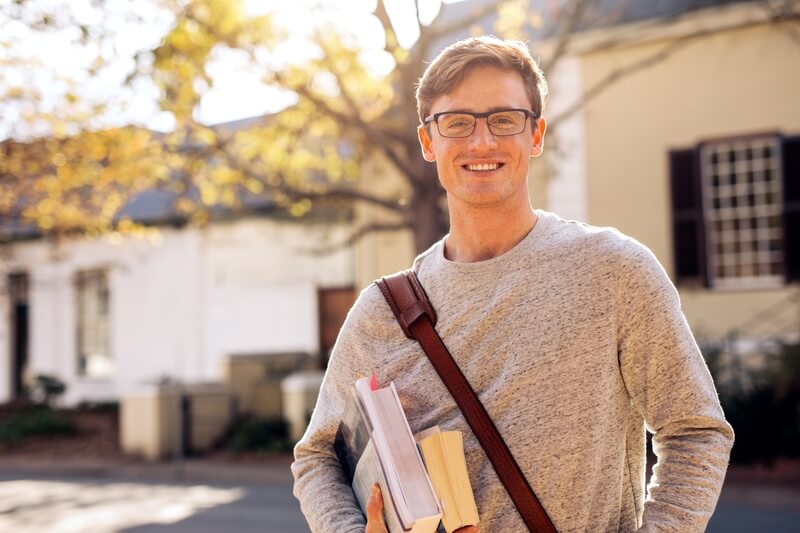 What is an HBCU?

HBCUs, or historically black colleges and universities, are institutions founded prior to the Civil Rights Act of 1964 for the explicit purpose of providing post-secondary education to blacks.The overwhelming majority of predominantly white institutions barred blacks access to higher learning. According to Pew Research Center, nearly 300,000 students attended an HBCU in 2015 and 9% of black college students enrolled in an HBCU the same year. There are currently 101 HBCUs in the United States, primarily concentrated in the South.The first HBCUs were founded in Pennsylvania and Ohio prior to the Civil War. These HBCUs sought to provide black youths with the basic education and training to become teachers or tradesmen. From this sentiment, grew long-standing HBCUs such as the Cheyney University of Pennsylvania, originally named the Institute for Colored Youth, Lincoln University, Howard University, etc.During the Civil War era, freed slaves were often denied access to higher education. Those who were fortunate enough to receive some semblance of education often did so under dangerous and less than desirable conditions. In 1862, the federal government passed the Morrill Act which provided land-grant colleges in each state but 17 of these institutions required their systems to be segregated and excluded blacks despite the direct endorsement from the government to have a more inclusive environment.The Morrill Act of 1890, sometimes called the Agricultural College Act of 1890, required states to established a separate land-grant college for blacks if blacks were to be excluded from the land-grant college currently provided. Many of the modern-day HBCUs were established to satisfy this measure.The acronym, HBCU, was coined by the Higher Education Act of 1965, which expanded federal funding for colleges and universities.

Advocacy for HBCUs in Government

Since then, HBCUs have received ardent aid from presidents such as Jimmy Carter, who established a federally funded program in 1980 within the Department of Education to distribute adequate resources and funds to strengthen HBCUs, to George H.W. Bush who signed Executive Order 12677, creating a presidential advisory board on HBCUs.In 2015, the Bipartisan Congressional HBCU Caucus was established by representatives Alma S. Adams and Bradley Byrne to advocate for HBCUs on Capitol Hill.Each year, the Department of Education deems one week in the fall “National HBCU Week” to celebrate the HBCUs and acknowledge certain stellar scholars and alumni from the HBCU community.

An important distinction must be made: HBCUs are historically black colleges and universities. This indicates while they are predominantly black and were founded with the explicit purpose of providing blacks access to higher education, they were never, and should never be, exclusively black.HBCUs must reconcile preserving their rich histories with adapting to their financial constraints by allowing for an influx of a more diverse, and inevitably whiter, student body.According to the Pew Research Center, 17% of students enrolled in an HBCU was non-black, an uptick from 13% in 1980. With this surge in non-black enrollment, fears have been stoked the HBCU will stray from its traditional roots and lose its status as majority-black, however, these fears should be tempered.In the chance HBCUs will become majority non-black, here’s the question I pose: Why should this detract from the richness of HBCUs? In a Vice interview, when a black male attending Morehouse was asked how he felt about whites entering the school, he answered: “I feel disrespected.” The history of these institutions are ingrained in their buildings, monuments, and across the campus. Diversity is a positive in all respects. Bringing whites into HBCUs bring varied perspectives as well. In addition, whites could very well have said the same regarding their predominantly white institutions.In 2017, Harvard for the first time in its 380-year history, had a majority, non-white incoming class. Harvard had its first class in 1636. The first black undergraduate, Beverly Garnett Williams, was admitted 1847, 211 years later. Williams, unfortunately, died before matriculating. Harvard did not accept another black student, Richard Theodore Greener, until 1870, who matriculated in 1874. Between 1636, the founding, and when a black actually received his degree, 1874, is a 238-year span of time. Harvard used to be an exclusively white institution. Clearly, in modern times, it is not. In its class of 2022, 15.2% were African American.Change is scary, but change is also formative. I understand the apprehensions, however, changing the composition of the student body has a great intangible advantage which is perspectives. Having more voices and different perspectives help add to the human experience and I think that having greater diversity within HBCUs can reel in fresh perspectives into conservations while still preserving the rich and expansive history of the HBCUs.