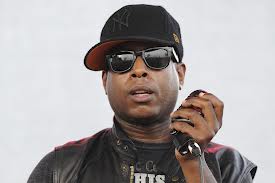 Guitar Center Sessions returns this May on DirecTV with ten compelling all-new episodes from the live performance and interview television series, and also marks the award-winning show’s 50th episode. The up-coming episodes spotlight a diverse range of notably influential artists including The Smashing Pumpkins, Goo Goo Dolls, OneRepublic, Fitz & The Tantrums, Talib Kweli and more, providing captivating music content for music fans of all types. The premier episode, with alternative rock pioneers, The Smashing Pumpkins ““ who’ve sold more than 30 million albums and earned multiple Grammy Awards ““ will air on Friday, May 17, at 9pm et / 10pm pt exclusively on DIRECTV’s Audience Network (channel 239).Guitar Center Sessions showcases exclusive live performances by noteworthy artists captured in hi-definition at Guitar Center’s iconic Hollywood, CA location. Each episode also features intimate interviews conducted by renowned music journalist and taste maker Nic Harcourt, offering a rare behind the scenes view into the storied careers of music icons and the inspirations behind their music.Guitar Center’s expertise as the world’s largest retailer of musical instruments and equipment, paired with DIRECTV ““ world’s leading providers of digital television entertainment services ““ ensures that every episode is delivered in the highest audio and visual quality. By developing first-rate original music programming that focuses on conversations and themes pertinent to the artist’s craft and creative process, Guitar Center continues to further its commitment to helping artists be heard in an uncertain music business. Guitar Center Sessions is one example of how the music retailer is creating new avenues for musicians expose their music to large audiences in an ever-changing music industry”Today, more than ever before, any artist, established or up and coming, is working within a new convoluted paradigm full of challenges,” said show host Nic Harcourt. “The new episodes of Guitar Center Sessions feature a truly diverse group of artists, all sharing the ups and downs of their careers in the interviews and delivering blistering performances on stage”.Having gained tremendous ground since the debut episode in 2010, Guitar Center Sessions reaches millions of viewers each month. To celebrate the shows growing fanbase, the all-new season kicks off with two special episodes filmed Live at the SXSW Music Festival in Austin, TX featuring The Smashing Pumpkins and Frank Turner. The upcoming episodes of Guitar Center Sessions will culminate with the DirecTV series’ milestone 50th episode featuring Dhani Harrison’s thenewno2.Upcoming Guitar Center Sessions 2013 Episode Schedule:MAY 17 THE SMASHING PUMPKINSMAY 24 FRANK TURNERMAY 31 GOO GOO DOLLSJUNE 7 ONEREPUBLICJUNE 14 FITZ & THE TANTRUMSJUNE 21 ALKALINE TRIOJUNE 28 TALIB KWELIJULY 12 ASKING ALEXANDRIAJULY 19 ALL TIME LOWJULY 26 THENEWNO2″We are incredibly proud of what we have accomplished in just 50 episodes of this series, and will continue to strive to provide music fans with enticing content that they can’t find anywhere else,” says Dustin Hinz, Director of Music Marketing and Artist Relations for Guitar Center. “With such limited quality music programming available, Guitar Center Sessions aims to provide musicians with a world-class television platform that exposes their music to the masses, while nourishing and inspiring music enthusiasts and fans across the globe.”