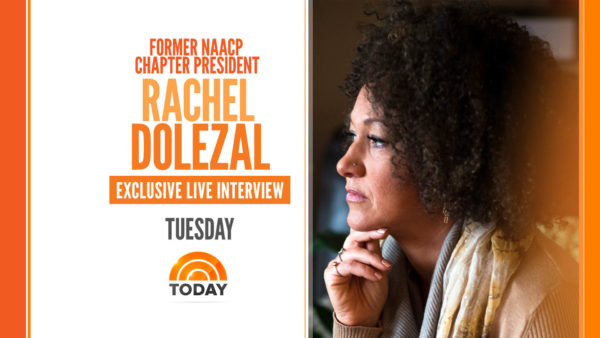 Live in Studio on “TODAY,” Additional Interviews to Appear on “NBC Nightly News,” MSNBC, and NBCBLK.com
JUNE 15, 2015 — Rachel Dolezal, the former naacp leader accused of misrepresenting her race, will break her silence in exclusive interviews with NBC News and MSNBC on Tuesday. Dolezal resigned from her position as president of the NAACP’s Spokane chapter on Monday amid the controversy.
Following a live, in-studio interview with Matt Lauer on “TODAY,” Dolezal will sit down for separate interviews with Savannah Guthrie for “NBC Nightly News,” Melissa Harris-Perry for MSNBC, and NBCBLK, NBCNews.com’s African-American vertical.