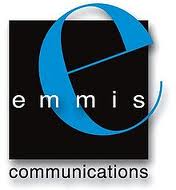 While our markets were up 1 percent this quarter, Emmis stations saw an increase of 5 percent.” “With the refinancing of our entire capital structure that was completed after our quarter-end, we have dramatically reduced our interest expense and increased our ability to generate free cash flow going forward, completing the transformation of Emmis,” Smulyan concluded.

The decline is due primarily to the gain on the sale of stations WKQX-FM (101.1 MHz, Chicago, IL), WLUP-FM (97.9 MHz, Chicago, IL) and WRXP-FM (101.9 MHz, New York, NY) to Merlin Media coupled with related tax benefits recognized in the prior year. Emmis has included supplemental pro forma net revenues, station operating expenses, and certain other financial data on its website,www.emmis.com under the “Investors” tab.

Operating Income is the most directly comparable financial measure in accordance with accounting principles generally accepted in the United States. Moreover, station operating income is not a standardized measure and may be calculated in a number of ways.