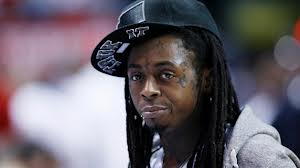 Lil Wayne isn’t very apologetic these days or ever but he did say he did regret saying “F*ck Lebron” when he went on his recent rant about the NBA and the Miami Heat. But when it comes to his insulting Emmett Till lyric featured in a remix of the song “Karate Chop,”, he still hasn’t responded to or apologized to the family of the civil rights icon. The family of Emmett Till has reached out to him via an open letter.The document, which was given exclusively to Vibe, the Till family asks Weezy to think before he speaks and to take ownership of the power of his celebrity status. Read it below.”Yesterday marked a week since the “unofficial” release of “Karate Chop~remix” inclusive of your lyrics. The words we speak are powerful enough for preservation of life but also have the capacity to destroy it. When you spit lyrics like “Beat that p””-y up like Emmett Till”, [sic] not only are you destroying the preservation and legacy of Emmett Till’s memory and name, but the impact of his murder in black history along with degradation of women.The tongue possesses power! I could offer you a history lesson and talk about the trailblazers that paved the way for our people and lyricists to engage in freedom of speech such as Marcus Garvey, Nat Turner, Frederick Douglass, Medgar Evers, Malcolm X, Martin Luther King, Jr., and Mamie Till Mobley; but this isn’t an argument about freedom of speech. It is critical that we stay true to urgency of the hour”¦ our youth! Your “celebrity” thrusts you into the spotlight affording you the opportunity to embrace your role as a black man, father, friend, and artist that has the ability to reach international audiences. Are you bothered in the least by the staggering statistics of the extinction of our children?”