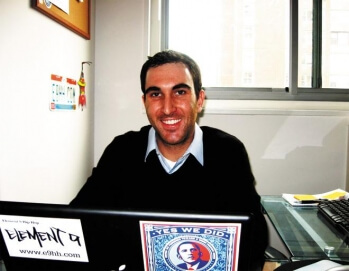 California is known for beautiful landscapes, being home to Hollywood, earthquakes, and for having great weather throughout the southern region of the state. It is also known for having some of the best weed. If you suffer from a bad back, a little anxiety, or maybe even something a little more serious, you can easily acquire a medical card to smoke it as you wish. According to the IRS, allegedly a local Cleveland DJ also knew about the potency of the weed as well and has way more than a case of anxiety on his hands.
Stuart “Stu” Pflaum, 33, known as DJ Xplosive, was arrested on Friday and charged with money laundering weed sales money from a drug trafficking organization he was affiliated with through a record label he started. According to federal court records, following a decade long investigation conducted jointly by IRS agents, the Northern Ohio Law Enforcement Task Force, and the United States Postal Inspectors, Stuart Pflaum and his affiliates in Cleveland received shipments of the finest “Cali Green” and hash oil for the past two years.  Once receiving the shipments, Pflaum would launder some of the money from the sale of that weed into the bank accounts for his record label, Element 9 Recordings.
Apparently the post office intercepted 14 packages headed for Ohio associated with the investigation while also seizing 75 pounds of marijuana and six pounds of hash oil. Dj Xplosives was not the only one \ associated with this group, and there were at least 28 bank accounts used to launder an estimated $730,050, which was deposited. The affidavit states of that deposited total, $662,036 was withdrawn.
With California being a state where medical marijuana is legal while Colorado and Washington have become the first states to make recreational marijuana use legal it seems as is if he trend will be to legalize marijuana across the board. I say that to say, in a few years will a case like this even be a case? That was more of a rhetorical questions but something to think about. source