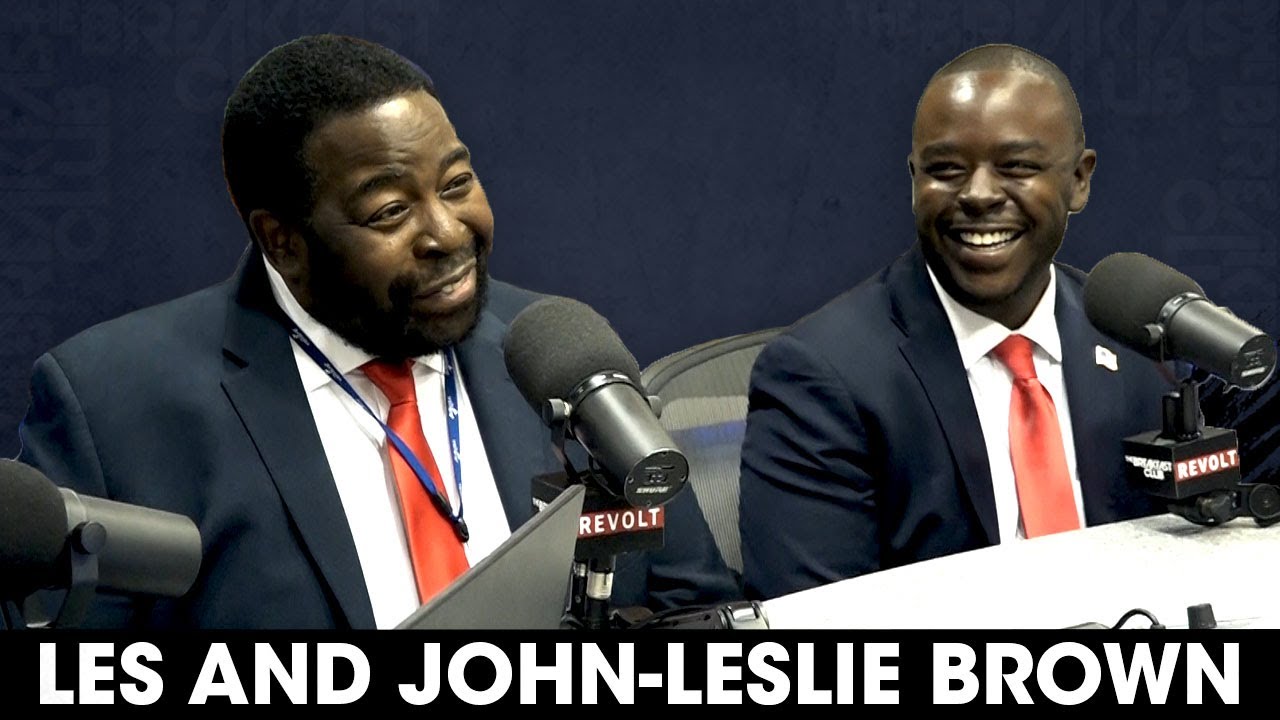 I was watching this interview today at The Breakfast Club and the first thing I thought was how powerful what Les Brown is saying would be to any and everyone in the Radio industry.

Many years ago in 1995, I was at the lowest point of my career working for KACE in Los Angeles for Cox radio. Amongst many deplorable things I had endured at the station one of them was I was assigned to do free remotes during the weekends for six hours. This one was for The Black Business Expo.

Little did I know that that Expo would change my life for the better. My mother always says there is always something good in something bad and she is right.

The reason this event changed my life, first was that my car was stolen. It was a beat-up Chevy Cavalier stick that I had to park on the street because the station didn’t give me a parking pass, on top of not paying me. I didn’t have any money to park my car in the lot for The Black Business Expo so I had to park on the street about 5 blocks away. The best thing about the event was I stumbled across a Les Brown seminar on my way out of doing the remote for six hours.

I thought I was at the lowest point because I absolutely hated working for KACE. I hated the music I hated the PD I hated the company, and it was a far cry from working for KKBT in the early 90s when it was the hottest station in the country. It was like moving out of a mansion in Beverly Hills (KKBT) to moving to the former and dreaded Cabrini Green (KACE) But looking back on it now, I ALLOWED myself to be treated that way by staying when all signs said GTFO (lol). I was better than that job but I stayed anyway.

I needed the job. But I knew that it would probably be one of my last jobs in the radio industry. I was always a leader but I just hadn’t figured out what I needed to do.

I heard Les Brown speaking because there was a crack in the door on the side of the event and I snuck in.

I listened to his entire seminar and I was motivated beyond belief. I literally felt like a new man. Many times in the black community we focus on racism but we can treat each other so bad sometimes it makes racism look like child play.

I knew that I had to take some chances and make some moves to get out of the situation at KACE that I was in.

After leaving and feeling like a million dollars, I discovered that my car was stolen and I saw two white police officers nearby in their car and I let them know what happened. When I walked away I looked back and I saw them laughing about the situation. I had no money, I had no car and I was in downtown LA. I lived in the Valley of Los Angeles. At least 12 miles away from downtown LA.

I had to ask people at the bus stop for change to catch the bus home. I was that broke living in Los Angeles working for Cox radio and KACE but I KNEW my life would change forever that day in a good way.

For many years I blamed the program director and the station for treating me LS but I realize now that it was me who took that job and allowed him to treat me like that. My self-esteem was not on point. When you don’t love yourself the enemy with-in becomes the enemy with-out. People smell it and devour it.

When you don’t know your value or control your own destiny or know how to say no you will always walk into dark spaces with dark people.

Today I would never allow Cox, the PD, or any situation to treat me like that but I still see it with many young, and even older radio people.

One of the things that he says which is very powerful is about Luther Vandross I’m not gonna give you the line that he says but you must listen to it and be freed by it because it’s so powerful and true.

The other powerful thing he talked about is his start in Radio and how he wanted to get out and expand his horizons but didn’t know how. And he applied himself in a way they could still actually work today. If you have a great job in Radio and you’re happy then this is not for you unless you wanna motivate yourself to do other things but PLEASE know your corporation is not trying to ONLY do radio anymore. They would be a fool to. Ask yourself where that will leave YOU!

There’s no question that the industry is drastically shifting and if you stay in a position that you’re in and think that it’s going to always be this way you’re going to end up very unhappy.

I see many jobs and Radio people very stagnant in their approach to the industry almost as if they’re waiting for something to happen and ironically that’s exactly what they can expect. Something is going to happen but as long as your destiny is in the hands of someone else, it will always be in THEIR favor instead of yours.

The best way that we can prepare ourselves is to have insurance I always say as long as you have insurance you’ll never need it when you don’t have it that all hell breaks loose.

Please watch the video and let me know what you think. I no longer have it in me to take people where they don’t want to go, it’s too draining and life is too short but I will always share inspiring videos and stories with you. Glad to see Les bring his kids into the fold. Smart move to keep the legacy alive also Love, Love, Love Charlamagne, Yee, and Envy for their platform and entrepreneurship….