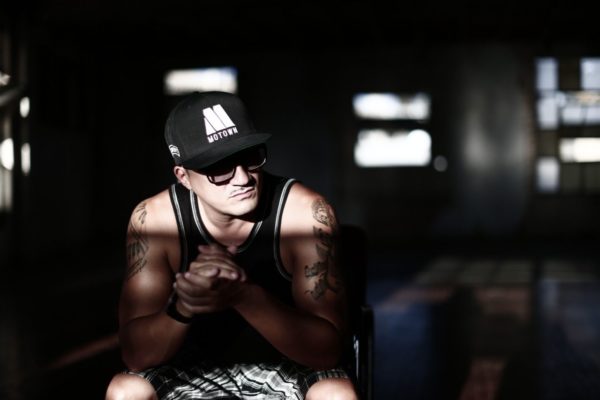 It’s always amazing, dope, encouraging, and uplifting when someone you know is doing great things in the industry. Known to many in the industry but not quite a household name, Bobby Ross Avila is an amazing producer, songwriter, and artists. He and his brother “IZ,” have worked with pretty much everybody. If you can find it, go listen to one of his old joints, “Show Me.” You won’t be disappointed.
Now, the renowned producer, songwriter and artist has received accolades for his work with legendary R&B vocalist, Charlie Wilson in the form of a Grammy nomination in Category 21 for Best R&B Album. Wilson is up for best R&B album for his latest solo effort, “Forever Charlie.”
A triple threat, the producer, singer/songwriter Avila also penned two of the albums tracks “Hey Lover” and “Me and You Forever.” About the recognition and award nomination, Bobby Ross Avila said, “Charlie Wilson has always been a timeless artist. I have to thank Zapp, Big Robb, Lester Troutman, Sr. and Jr. for making the connection between Charlie and myself many years ago. They are truly the heroes worthy of this moment.”
The Category 21 Best R&B Album nominees are: Forever Charlie: Charlie Wilson – Label: RCA Records; Coming Home: Leon Bridges – Label: Columbia Records; Black Messiah: D’Angelo And The Vanguard – Label: RCA Records; Cheers To The Fall: Andra Day – Label: Warner Bros. Records; Reality Show: Jazmine Sullivan – Label: RCA Records.
Bobby’s New EP, BEATS, RIOTS & LIVES marks his return to being a solo artist. Earlier, this year, Avila helped Janet broker her own record label, Rhythm Nation Records, with BMG. He adds, “If I can be responsible for signing Janet Jackson to her new self-owned label deal and bring empowerment to her artistry and be responsible for creating timeless music for the likes of Usher, Janet Jackson, Gwen Stefani, Mary J. Blige, Anthony Hamilton, Earth Wind & Fire, Chaka Kahn and many more — alongside my incredible sonic architect brother ‘IZ’ and producers Jimmy Jam & Terry Lewis — my time on hiatus as Bobby Ross Avila the artist is OVER!” Avila says. “This Latino from The I.E. is back and BEATS, RIOTS & LIVES is just a hello to you all … You haven’t seen anything yet!” Avila’s album, INSIDE THE EMPIRE, is due out in 2016.
About the Grammy Awards: Final-round GRAMMY® ballots will be mailed Dec. 16 and the preeminent award for excellence in music will be presented Monday, Feb. 15, 2016, live from STAPLES Center in Los Angeles and broadcast on the CBS Television Network from 8 – 11:30 p.m. (ET/PT).