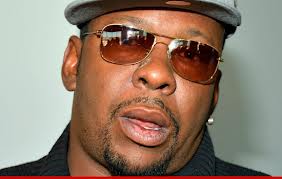 Bobby Brown is headed back to jail. He has been officially sentenced to 55 days in a Los Angeles jail and four years of probation for a drunken driving case. City attorney's spokesman Frank Mateljan says Brown was sentenced Tuesday after pleading no contest to charges he was under the influence and driving on a suspended license when he was arrested in October.Brown was on probation for another driving under the influence case at the time.Bobby was ordered to report to jail March 20. He also was placed on four years of informal probation and will be required to complete an 18-month alcohol treatment program which is standard for California.

Jackson State University - October 21, 2020 0
Jerome Tinker has been promoted to the position of executive director for the JSU Development Foundation. In 2018, Tinker joined the JSUDF where he...

The Clippers have NO EXCUSE – Perk says Ty Lue is...

Does Jrue Holiday still fit in with Lonzo Ball and Zion...

‘I am fully obsessed with the moment’ — Matthew McConaughey opens...

The Clippers have NO EXCUSE – Perk says Ty Lue is...