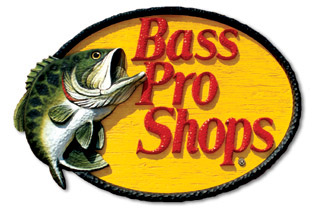 Retailer Also Retaliated Against Employees Who Opposed Discrimination,and Destroyed Records, Federal Agency ChargesHOUSTON — Bass Pro Outdoor World, LLC (Bass Pro), a nationwide retailer of sporting goods, apparel, and other miscellaneous products, engaged in a pattern or practice of   failing to hire African-American and Hispanic applicants for positions in its retail stores nationwide, and retaliated against employees who opposed the discriminatory practices, the U.S. Equal Employment Opportunity Commission (EEOC) alleged in a lawsuit filed today.According to the EEOC‘s suit filed in U.S. District Court for the Southern District of Texas, Houston Division (Civil Action No. 4:11-CV-3425), Bass Pro has been discriminating in its hiring since at least November 2005.   The EEOC‘s suit alleges that qualified African-Americans and Hispanics were routinely denied retail positions such as cashier, sales associate, team leader, supervisor, manager and other positions at many Bass Pro stores nationwide.The lawsuit alleges that managers at Bass Pro stores in the Houston area, in Louisiana, and elsewhere made overtly racially derogatory remarks acknowledging the discriminatory practices, including that hiring black candidates did not fit the corporate profile.”Excluding qualified individuals from employment because of their race or ethnicity or in retaliation for exercising protected rights are fundamental violations of the laws we enforce,” said Jacqueline A. Berrien, Chair of the EEOC.   “The EEOC will diligently protect the rights of job applicants to ensure that hiring decisions are based on abilities, not on race or ethnicity.”The lawsuit also claims that Bass Pro unlawfully destroyed or failed to keep records and documents related to employment applications and internal discrimination complaints.   Bass Pro punished employees who opposed the company’s unlawful practices, in some instances firing them or forcing them to resign.All this alleged behavior violates Title VII of the Civil Rights Act of 1964, which prohibits discrimination based on race and national origin, and prohibits employers from retaliating against employees who complain about employ ¬ment discrimination and requires them to keep certain employment records.”As a law enforcement agency, the EEOC is uniquely positioned to challenge systemic hiring discrimination,” said P. David Lopez, General Counsel of the EEOC.   “It is unlawful for employers to deny jobs to applicants based on their race or national origin and the EEOC will vigorously pursue such cases and require companies to reform their hiring practices and make victims of the discrimination whole.”The EEOC‘s administrative investigation culminated in findings of class-wide hiring discrimination based on statistical and anecdotal evidence, and retaliation.   The EEOC attempted to reach a voluntary settlement with Bass Pro before filing suit.   The lawsuit seeks a permanent injunction prohibiting Bass Pro from engaging in race discrimination, national origin discrimination, retaliation, and improper record destruction.   It also seeks back pay on behalf of victims of hiring discrimination and/or retaliation,   compensatory and punitive damages and other relief, including implementing fair recruitment and hiring procedures, and reinstatement or rightful-place hiring of mistreated job applicants and former employees.”We will hold employers accountable for depriving qualified minority workers of good jobs simply because of their race or national origin,” said EEOC Houston Regional Attorney Jim Sacher.   “Such behavior is always out of season.”Added R.J. Ruff, director of the EEOC‘s Houston District Office, “Bass Pro compounded its harm by retaliating against those who stood up to the discrimination and by destroying documents. The EEOC takes allegations of retaliation and document destruction very seriously and will pursue them with the same intensity as the allegations of hiring discrimination.”Individuals who believe they may have been denied a position at Bass Pro because of their race (African-American or black) or ethnicity (Hispanic or Latino) or who have any information that would be helpful to the EEOC‘s suit against Bass Pro should contact the EEOC toll free at (855) 857-8747 or by e-mail at [email protected].According to its website www.basspro.com, Bass Pro “is an outdoor retail leader in hunting, cing, nature gifts, outdoor cooking, and much more.”   The site indicates that Bass Pro operates around 60 stores “across America and Canada.”The EEOC enforces federal laws prohibiting employment discrimination. Additional information about the EEOC is available on the agency’s web site at www.eeoc.gov. EEOC‘s Houston District Office, which is located in downtown Houston on the sixth floor of the Mickey Leland Federal Building at 1919 Smith Street, will be moving on Oct. 11, 2011, to the sixth floor of   the   Total Building at 1201 Louisiana Avenue in Houston.