Radio Factshttps://radiofacts.com
Namecheap VPS Hosting: get the power of a virtual private server from only $6.88/mo 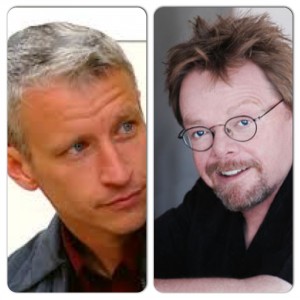 Caron New York ““ a regional office of Caron Treatment Centers – will honor business leader Juliana Terian and music legend Paul Williams at its annual gala on Wednesday, May 15 th. The event will be hosted by respected journalist and TV host Anderson Cooper . This year’s gala will take place at Cipriani 42nd Street, in Manhattan .Paul Williams is an Oscar, Grammy and Golden Globe winning Hall of Fame songwriter. He is a recipient of The National Music Publishers President’s Award and is President and Chairman of the Board of ascap (the American Society of Composers, Authors and Publishers).Recognized as one of America’s most prolific and gifted lyricists and composers, Paul’s standards have been recorded by such diverse musical icons as Elvis Presley, Frank Sinatra, Barbra Streisand, and Ella Fitzgerald. Among his best known songs are “The Rainbow Connection” from the children’s classic The Muppet Movie (one of two Paul Williams’ songs to grace the American Film Institute’s list of the top movie songs of all time) and “Evergreen” from the award winning Streisand/Kristofferson remake of A Star Is Born.Juliana Terian of Roslyn, New York-based Rallye Motors and co-founder of Nouvelle View began her tenure at The Rallye Group in 2001 after its founder, Peter Terian, passed away following a long fight against prostrate cancer. Under her leadership, Rallye became New York’s highest grossing woman-owned business. In 2008, she co-founded Nouvelle View, which specializes in luxury moving and planning.Mrs. Terian is a William Cullen Bryant Fellow at the Metropolitan Museum of Art and an avid collector of 19th Century American art. She also serves on the museum’s Major Gifts and American Wing Committees, and the Chairman’s Council. As an active Board Member at Pratt Institute and The Marymount School, she is a licensed architect and member of the American Institute of Architects and the Architectural League of New York.Funds raised at the Gala will support Caron Treatment Centers’ financial assistance program which helps individuals and families access needed addiction treatment at Caron Pennsylvania and Caron Renaissance.