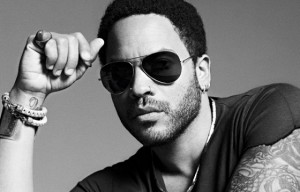 Episode Description:The multi-Grammy Award-winning artist, producer and actor Lenny Kravitz talks about how his mixed cultural background influenced his signature retro music style and how he challenged the industry with his unconventional image. Raised in a biracial family (his mother is Roxy Roker known for her character Helen Willis on the hit 70’s sitcom “The Jeffersons” and father is Sy Kravitz NBC news producer of Russian-Jewish descent), Kravitz opens up about his upbringing and how his father’s infidelity affected him as a young boy. Plus, he reveals more about his marriage to actress Lisa Bonet (“The Cosby Show”) and his relationship with daughter, ZoÃ«. See some of the transcript below video clipPeople look different. Um, I went to my first day of first grade and my parents walked me to school. We were walking in the hallway and a kid ran up to us and pointed his finger and he yelled your father’s white. And it was, it was like yeah? What? I didn’t understand what that was about and why that was an issue and why this kid like called me out in the middle of the hallway first day of school. And that was the first day that I had to think about it.It just let me know ok this is how folks think. In school you have these things you’d have to fill out sometimes you know, and it’s race. And there would be well ok my great grandmother’s Cherokee Indian, my, you know, my father’s a Russian Jew, my mom’s Bahamian. What the hell do I put on this thing?But then the teachers come over and black, you know, that’s what you are. And so, so many parts of your heritage are just squashed. That’s it. You’re that. And um I didn’t like that.Growing up in New York City at this time, this early 70s New York City vibe was really strong.Theatre was vibrant. Music was vibrant. Art was vibrant. People were vibrant. Um, there was still an amazing grit to the city. And um artists were just so colorful. And being around all these colorful people, you know, people like James Earl Jones, you know, Miles Davis and Sarah Vaughn and all these kind of people. I’m sitting on this guy’s lap. He’s playing the piano, he’s this guy. I’m 5 right what do I know. I don’t know that I’m sitting on Duke Ellington’s lap.I’d go anywhere from the Cafe Carlisle to see Bobby Short to the Apollo to see James Brown to Lincoln Center to see the pianist Andre Watts. From there to uh, you know, seeing Broadway shows or a lot of off-Broadway. My mother was in the Negro Ensemble Company and I got to see a lot of really great productions. I had the Metropolitan Museum uh, as my backyard. So having all of this, it definitely, uh, filled me up.You know, my grandfather used to, when he moved to Los Angeles he would come up to the house at 5 a.m. before school, I was probably up all night doing God knows what, and I would awaken to water droplets coming down on my head.On my forehead, drop, drop. With this nice pause in between each one. And I would wake up and here was this man standing over me with this water thing. “Good morning Grandpa, what’s up?” “I want you to put your clothes on and meet me in the backyard.” “Why? What?” “Just do it.” You know, there was no back talking. Get to the backyard, “Okay, I want you to go over to that tree, and you see that tree needs pruning I want you to get the, cut the branches and get and do this and do that and pile them up.”Then, it would be about chopping the wood, making the piles of the different sizes of wood. Stringing them up, getting them all together, dragging them one by one back up the hill to the front of the house. And I would say to him, “Why are you making me do this? Like, mom’s on a TV show, we could have somebody come do this, why am I doing this?”And um, he would say to me, “Because I need you to understand follow through. Completing each step to get the result that you’re looking for.” And, uh, it drove me crazy but it was wonderful. And, you know, between that and the experience in the choir, I knew how to accomplish things. I knew how to take the steps. And that has turned me into an incredibly driven individual.We were very young and, uh, it was wonderful. And we had Zoe, which is, I see now what it was all about. It was really all about bringing this beautiful child to the planet. And also sharing the love that we had. Zoe’s mom and I now are best friends. It’s interesting “˜cause that’s how the relationship started.Um, but it makes you feel really good when you can do that. When we’re all together now – her man, her kids, Zoe, me – we’re all together and we’re one big happy family. It’s beautiful and it just shows you what can be done.My trailer’s on the beach in the Bahamas. It’s a little air-stream trailer. And it’s, uh, it’s this just cozy safe womb. There’s not a lot of room, and uh, but you feel, you feel really free in there. Because you know what your boundaries are, you know.Um, it feels really good to be constricted to a small space like that. My life has always been about contrast. It always has been. That’s just what I’m attracted to. But at the end of the day, the simple way wins.I guess the main lesson would be to love when you really don’t even feel like it.