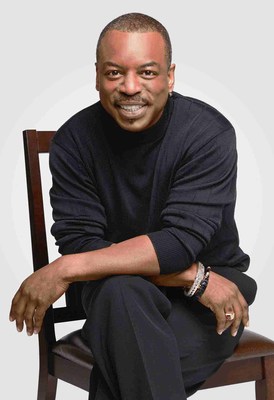 In the weekly podcast, Burton — best known for his work as host of the hit PBS children’s show “Reading Rainbow” and his starring roles in the movies “ROOTS” and “Star Trek: The Next Generation” — hand-picks a different short story to read in his beloved style. Through the series, Burton takes listeners on immersive audio journeys, covering a variety of literary genres.

“Literature is my passion, and I can’t wait to share my favorite new stories with our listeners,” said Burton. “Reading is as critical to adults as it is to children, and I think this show will help listeners remember to take time out of our busy schedules to slow down and take in a good story.”

In the first episode, Burton reads Bruce McAllister’s “Kin,” a classic sci-fi story about a young boy who contacts an alienassassin in the hopes of saving his sister’s life. Later episodes feature “The Lighthouse Keeper” by Daisy Johnson and “Empty Places” parts 1 and 2 by Richard Parks.

The first episode of “LeVar Burton Reads” is available today in Stitcher and other podcast listening platforms including Apple Podcasts, Google Play and Soundcloud. Future episodes will be released on Stitcher Premium one week before they are available elsewhere.

“When it comes to storytelling, the first name millions of Americans think of is LeVar Burton,” said Chris Bannon, chief content officer for Midroll and its Stitcher and Earwolf brands. “‘LeVar Burton Reads’ connects a truly beloved performer with the fans he’s acquired over an amazing career in a whole new medium — audio. It’s the perfect new platform to showcase his talents.”

Burton began his acting career at the age of 19 through the groundbreaking role of Kunta Kinte in the television series “ROOTS.” He achieved further global acclaim through his role as Chief Engineer Geordi La Forge in the “Star Trek: The Next Generation” television series and feature films. He is perhaps best known as host and executive producer of the PBS children’s series “Reading Rainbow,” which, airing from 1983 to 2009, is one of the longest-running children’s series in history and one of the most acclaimed, earning over 200 awards including 26 Emmys and a Peabody. Burton served as co-executive producer for A+E Networks’ 2016 reimagining of “ROOTS,” which also garnered numerous awards. Connect with Burton at levarburton.com and follow him on Twitter @levarburton.

Stitcher, one of the world’s most popular podcast listening services, launched its first slate of original podcast programming in April. The offering is part of Stitcher’s long-term strategy to build a robust library of content that is free and supported by advertising to complement its subscription-based offering, Stitcher Premium.