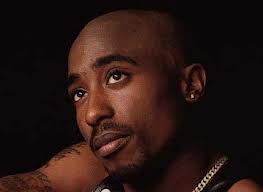 VELOCITY World Media ® , the largest global, private experiential television network, has teamed up with the Tupac Amaru Shakur Foundation (TASF) to produce a live experiential concert event that will celebrate Tupac’s influence on arts and culture, and raise money for TASF and the programs of the Tupac Amaru Shakur Center for the Arts. Featuring today’s most influential recording artists, the concert series is part of VELOCITY’s FIRST SPIN experience and will be broadcast live in high definition with cinema surround sound to clubs, restaurants and theaters from coast to coast.”Tupac was and continues to be hugely influential in the music industry and with youth across the country. He followed his own path and always seemed to be a step ahead of the cultural curve,” said Vernal Cambridge, executive director of the Tupac Amaru Shakur Foundation. “We like to honor his style by defying convention in our own way. That’s why we’re offering fans a way to support the foundation’s charitable work and celebrate Tupac’s memory through an up-close-and-personal experience with some of today’s brightest artists.””(read more)”For over a decade, the foundation’s programs have served youth of all social and economic backgrounds, giving countless young people the courage to get off the streets, express themselves in a positive way, and learn vital life skills. TASF believes that early arts education can offer invaluable life lessons, improve school grades, and build self-esteem and confidence.”We’re honored to provide a powerful media platform for the Tupac Amaru Shakur Foundation to celebrate Tupac’s impact on music while raising money to support creative arts and early education programs that serve as a true resource for children and families,” said Philip Elias, president and CEO of VELOCITY World Media. “This series is the first of its kind and will serve as a benchmark for the power of fundraising via live, experiential television.”FIRST SPIN is a private broadcast launch pad for top recording artists, record labels and fashion houses. The live events provide a behind-the-scenes, all-access first look at new releases, artist debuts, fashion forecasts, experimental visions, and the sights and sounds that will dominate culture in the months ahead. With digital high-definition clarity and cinema surround sound, FIRST SPIN is broadcast exclusively to an audience of fans, followers and VIPs in cutting-edge venues across the country.For more about the Tupac Amaru Shakur Foundation, visit www.tasf.org. To learn more about VELOCITY World Media, visit www.VELOCITYWorldMedia.com.