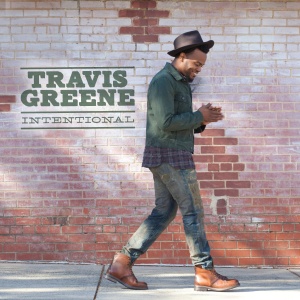 Travis Greene continues to make waves with his rising new single “Intentional” impacting radio, climbing to #12 on the Mediabase Gospel chart. The buzzed-about singer-songwriter’s new single has quickly garnered attention among peers and listeners nationwide who’ve embraced the inspiring anthem, fueled by his soaring vocals and the buoyant melody. “Intentional” will be available on all digital music providers beginning Friday, July 10.
Recently sitting down with The Yolanda Adams Morning Show to discuss “Intentional” in Houston, Greene also remains on the move this summer, taking his compelling ministry across the country hitting Texas, Illinois, New York, North Carolina, South Carolina and more, and will also be appearing on TBN with Bishop T.D. Jakes, airing on Wednesday,
July 1 at 10pm ET/9pm CT.
Bringing an empowering message encouraging listeners to keep strong in faith, Travis Greene says “Intentional” was inspired by his favorite scripture, Romans 8:28. About “Intentional,” he shares that: “Everything that’s happening, is not happening TO you, but it’s happening FOR you. Everything that we face, God has already been through it. He already knows exactly what’s going to happen to us, and the reason He allows it to happen is because He sees good in it. No matter what you’re facing, good has to be the outcome…He’s intentional.”
“Intentional” is Travis Greene’s first single off of his highly-anticipated debut album THE HILL, which he recorded late last year in a live recording before a packed crowd in his hometown of Charlotte, NC, and is expected to be released on RCA Inspiration in the fall. INTENTIONAL, a 4 track EP will precede the full album and will be released on Friday, August 14.