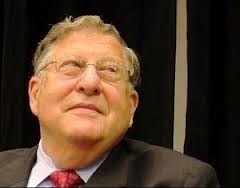 So forget about all the various intellectual points Colin Powell brought up regarding President Barack Obama because according to John Sununu, who served as governor of New Hampshire from 1983 to 1989, Colin Powell only endorsed President Obama because they share the same skin color.  He made the comment during an appearance on CNN’s “Piers Morgan Tonight.” Morgan asked Sununu whether Powell’s endorsement of Obama, after having also thrown his support behind the president in 2008, meant the former four-star general should end his membership in the Republican Party.Peep the Convo Below:Sununu: Well, I’m not sure how important that is. I do like the fact that Colin Powell‘s boss, George Herbert Walker Bush, has endorsed Mitt Romney all along. And frankly, when you take a look at Colin Powell, you have to wonder whether that’s an endorsement based on issues or whether he’s got a slightly different reason for preferring President Obama.Morgan: What reason would that be?Sununu: Well, I think when you have somebody of your own race that you’re proud of being president of the United States, I applaud Colin for standing with him..