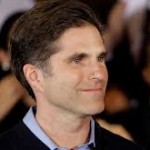 In an interview with a local North Carolina radio station Wednesday, Mitt Romney’s son Tagg, was asked what it was like “to hear the president of the United States call your dad a liar.””Jump out of your seat and you want to rush down to the stage and take a swing at him,” Tagg responded, laughing. “But you know you can’t do that because, well, first because there’s a lot of Secret Service between you and him, but also because that’s the nature of the process.”