You may or may not agree with our Hip Hop list and we welcome you to respond in the comments below (respectfully if they are to be posted).

WE ARE NOT TALKING ABOUT RAP GROUPS… That will come later.

The argument has been made over and over again but Radio Facts has come up with a list of the Undeniable 10 Best Rappers of All Time based on votes. Whether it is the lyrical ability, longevity, delivery, or impact on the culture, these microphone fiends stand above the rest.

10 Best Rappers: Snoop Dogg has made an extraordinary mark on hip-hop music. Although in more recent years, Snoop has become a sort of brand and/or gimmick, there is no denying that the Long Beach native is one the best to ever do it.

After creating one the most classic Hip Hop songs of all time, I Used to Love H.E.R, the Chitown native has gone on to create at least two classic albums in “Resurrection” and “Be,” according to Hip Hop aficionados. Possessing some of the best metaphors and a balance of knowledge, consciousness, and street-savvy, the Chi-town emcee has now gone on to become an actor.

Yet, we can always count on Common to come back to H.E.R has he now finds himself a member of Kanye’s GOOD Music family and he still delivers on the song and off the top of the dome with an impeccable prowess for freestyling.

Common is also responsible for making Ice Cube and more recently Drake understands that he is quite the battle rapper as well. If that wasn’t enough, Jay-Z gave him a shout-out in his song “Moment of Clarity” where he virtually says he would rather rap like “Common Sense.”

10 Best Rappers: Ladies Love Cool James! Just based on pure longevity LL Cool J should be mentioned in the top 10 rappers of all time. He is battled tested, has at least two classic albums in “Bigger and Deffer” and “Mama Said Knock You Out,” and he is one of the first rappers to really do a love ballad.

With over 25 years in the game, there aren’t many to do it better than James Todd Smith.  In the here today, gone today world of Hip Hop, LL Cool J is still that dude.

In the era where many rappers, rap about how hard they are, LL Cool J just gave a serious whoppin’ to an intruder in his house.

That really has nothing to do with him as an emcee, but once again, the Queens native has every right to say, “I’m Bad.”

10 Best Rappers:  Big Daddy Kane is definitely one the greatest to ever do it. I know that you may be thinking, why is he on the list? Ask your favorite rapper, why BDK is on the list. He is considered to be one of the fathers of the modern-day flow of hip-hop music.

With crazy metaphors, the use of alliteration, wicked rhyme patterns, a deep Barry White style voice that cuts through the track, and a certain level of suaveness that appeals to ladies young and old, Big Daddy Kane is a stand out emcee.

Not only that, to this day he still has one of the best stage shows of all time.  Whether it’s RAW, Ain’t No Half Steppin’, or Smooth Operator, Big Daddy Kane always came with his “A” game and still continues to do so around the globe.

10 Best Rappers:  When Eminem, says, “You better lose yourself in the music, the moment you own it, you better never let it go,” he took those words to heart. The Detroit emcee is by far one of the greatest lyricists to ever pick up a microphone. The way he puts words together is quite impressive; not to mention, he is one of the most top-selling Hip Hop artists of all time.

He was also named by Rolling Stone as the king of Hip Hop, which pissed a few Hip Hop heads off.  With that being said, he at least deserves to be in the top-10 just for that.

But besides all the accolades and album sales, Marshall Mathers is a battle-tested emcee that earned his way to the top by being a White man in what originally was a Black man’s world.

The greatest thing about Eminem is that he is not afraid to let us into his world and he never pretended to be something he is not and therefore his honesty has been the greatest contributor to his longevity.

10 Best Rappers:  Tupac Shakur, the son of a Black Panther and arguably the most influential rap artist of all time deserves his spot in the top 10.

This controversial rapper represented the true contradiction that exists within all men. One minute he was telling the sisters to “Keep Ya Head Up” and then the next minute he was asking them, “How Do You Want It.”

That balance is why so many in the game loved, emulated, and even hated this proverbial icon.

With more albums released in his death than in his short lifetime, it goes to show you how much he influenced people.

Tupac was a scholar, warrior, thug, intellect, activist, and confused soul rolled up into one.

The words out of his mouth along with great media hype was ome of the main factors that started a coastal beef that played its part in ending the rapper/actor’s short life.

His words were powerful and continue to resonate with all those that love him. You know you are a bad man when the design college courses based on the words you wrote.

10 Best Rappers: It’s all good baby baaaaabay! Yes, the one and only Notorious BIG is next on our list and he is well deserved.

Although he only released two albums in his lifetime, like his former friend/counterpart, he too left an incredible legacy and left his fans wanting more after his untimely death.

BIG was witty, clever, a remarkable storyteller, and as he stated, he was, “Black and ugly as ever, however …” he stayed Coogi down to the socks, and the ladies absolutely adored him. Some have labeled, “Ready to Die” and “Life After Death” as classic albums.

Just to think that most of that material on both albums wasn’t even written down. BIG like a few others had that uncanny ability to remember all his lyrics in his head without ever writing them down.

If that wasn’t enough, he definitely had his fair share of rap battles and many people argue the Brooklyn native is the absolute greatest to ever do it. If they make a movie about you, well then, that says it all.

10 Best Rappers:  Rakim once said that “MC means move the crowd,” and yes he did. With a calm yet penetrating lyrical prowess, this NY emcee set the standard for what may call lyricism. Many just refer to him as “The God MC,” because he is the standard by which all other emcees are measured.

Go back and listen to the classic album, “Paid in Full”  by Eric B & Rakim, and see why he deserves the aforementioned title.

His lyrics still to this day are some of the best Hip Hop quotables of all time.

When he said, “I take seven emcees, put them in a line, and add seven more brothers that thought they could rhyme, but it would take seven more before I go for mine, now that’s 21 emcees ate up at the same time,” we all knew Rakim was no joke!

Although one could argue that he hasn’t put out much of late but ask any rapper who their favorite rapper of all time is, and a bet Rakim would be number one in many of their eyes.

10 Best Rappers:  Last but not least is the Queens emcee, Nas.  There is not another artist on the planet that can say he lyrically assaulted Jay-Z for all the world to witness in a song called “Ether” that literally people in the Hip Hop community use as a verb now to describe a scenario when someone gets their ass lyrically handed to them.

With arguably the greatest pure Hip Hop album of all time, “Illmatic” and the classic “Stillmatic,” Nas has earned his stripes. Nas is a lyrical genius that pens verses that make you rewind the song just to catch the metaphors, knowledge, and wisdom he tends to drop.

Although some may say, he has had some dud albums, you can’t ever deny his voice.

That raspy street scholar flow absolutely makes people stand up and take notice. With the release of his most recent album, “Life is Good,” Nas displays not only lyricism but also a sincere honesty that seems to be the secret behind Hip Hop longevity. Nas constantly proves over and over again that all he needs is “One Mic.”

As one of the highest-selling Hip Hop artists of all time and most powerful moguls in the game, Jay-Z is a true representation of the American Dream and Hip Hop.

He embodies the rags to riches story in all its essence and he has done it all with the use of his pen or lack of pen for that matter.

Just as BIG didn’t write anything down, neither does Jay-Z and that speaks volumes in regard to the lyricism he exudes on most of his songs.

With ‘Reasonable Doubt” and “The Blueprint” both labeled as classic albums and the fact that he is still highly relevant and selling out stadiums in his early 40’s is almost unheard of in Hip Hop.

Not too many rappers can boast about having Obama’s phone number, bringing Oprah to the Marcy projects where it all started for him, and being married to arguably the biggest female artist of this generation, Beyonce. Not only are these lyrics but these are absolute truths that speak to the power behind his words.

You may or may not agree with our list and we welcome you to respond in the comments below (respectfully if they are to be posted). WE ARE NOT TALKING ABOUT RAP GROUPS… That will come later. 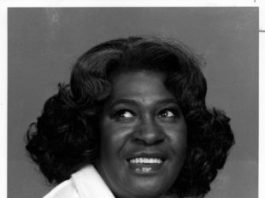 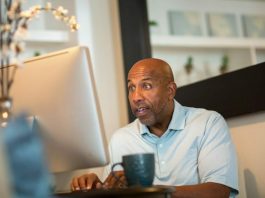 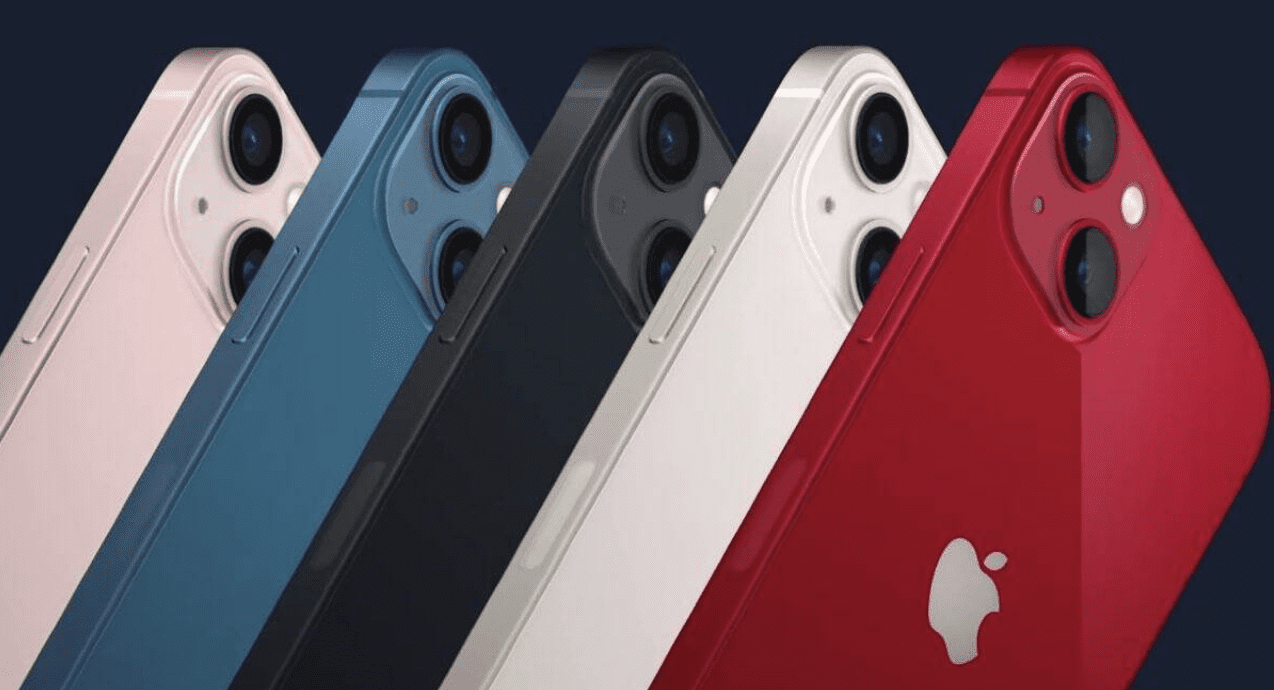 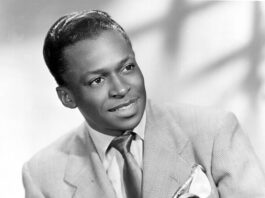 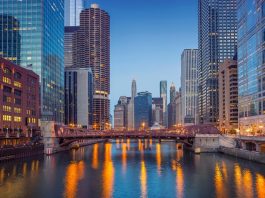 Best Cities For Musicians to Live 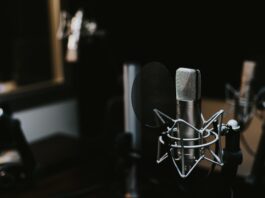 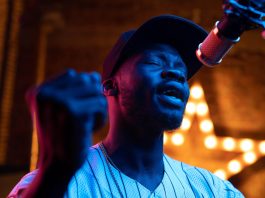 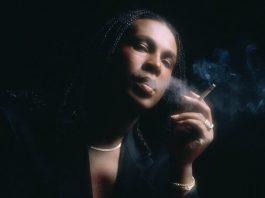 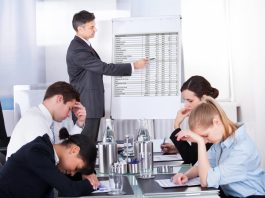